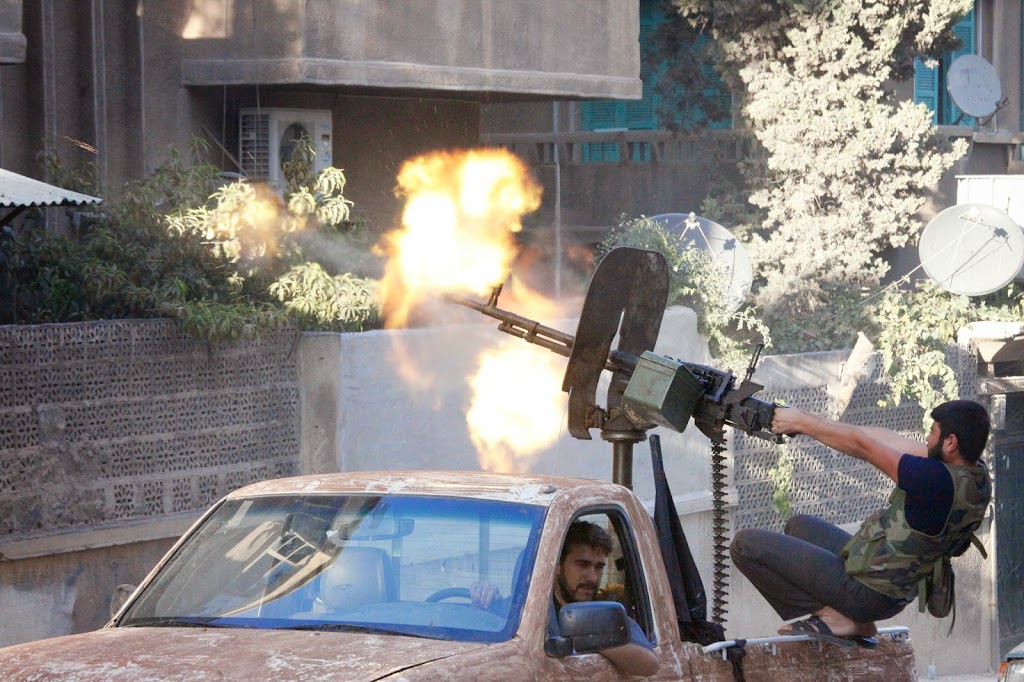 “A purely military response to the vicious new threat posed by (Islamic State) could ultimately contribute to the radicalization of other Sunni armed groups and spark a cycle of renewed violence,” he said.

Islamic State has seized large swathes of territory in Iraq and Syria and is being targeted by United States-led air strikes in both countries. The Sunni militant group has crucified and beheaded prisoners and told non-Muslims and Shi’ites they must convert to its brand of Islam or die.

“We must defeat (Islamic State) and other terrorist groups. We must hold accountable all those in the Assad regime responsible for its widespread atrocities,” US Ambassador to the United Nations, Samantha Power, told the Security Council. “But we wholeheartedly agree with the Secretary-General that a political solution is absolutely essential to address the root causes of extremism in Syria, and to address the legitimate aspirations and grievances of its people.”

Islamic State is battling Kurdish forces for control of the strategically important Syrian town of Kobani at the Turkish border.

UN envoy Staffan de Mistura, appointed by Ban to mediate a political solution in Syria, has warned that thousands of people could be massacred if Kobani falls to the group.

“Kobani is just one of many places across Syria where civilians are under imminent threat,” Ban told the council meeting on the Middle East, urging the 15-member body to fully support the efforts of de Mistura.

The United Nations says some 3.2 million Syrians have fled the violence that has killed nearly 200,000 people.

“In addition to the barbarity of (Islamic State), the Syrian government continues to brutally and indiscriminately attack populated areas, including with barrel bombs,” Ban added, referring to an explosive device usually made from a barrel filled with high explosives and other materials.

The United States launched air strikes against Islamic State targets in Iraq in August after the government asked for help. About a month later, the United States began bombing the militant group in neighboring Syria after notifying the Assad government of the operation, but not seeking its approval.

Washington justified its action under Article 51 of the UN Charter, which covers an individual or collective right to self-defense against armed attack.

“The so-called coalition has refused to cooperate with Damascus and Tehran which are logical allies in combating terrorism in the region,” said Russia’s UN Ambassador Vitaly Churkin. “Perhaps the campaign against (Islamic State) would have been more successful with that support.”