You are here: Home / Senza categoria / How we are failing Libya? What went wrong? 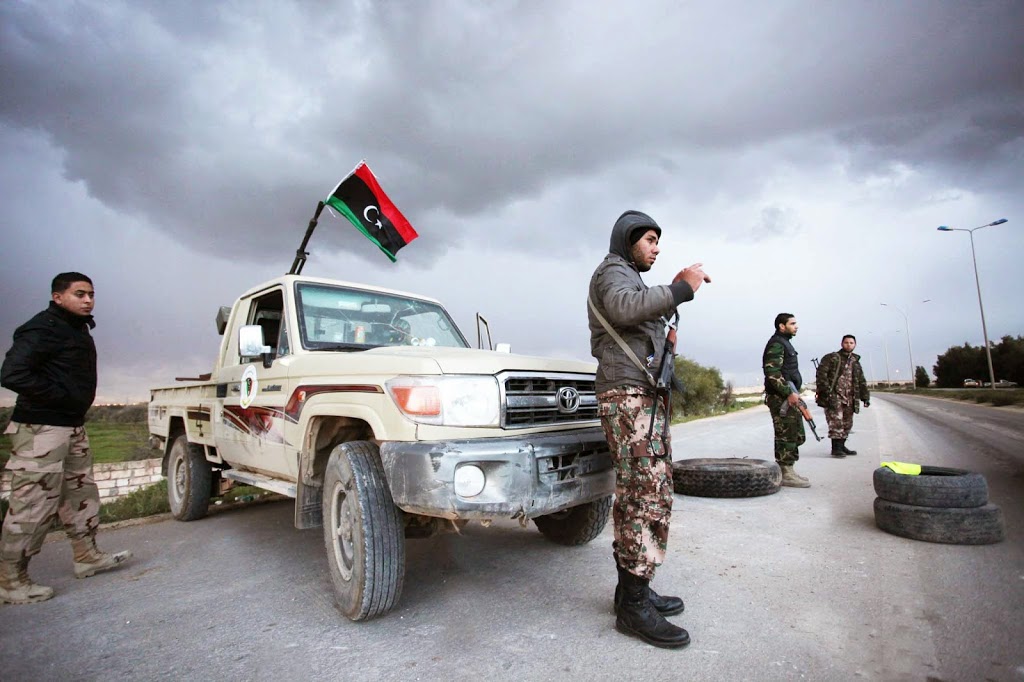 Three years ago, on October 23, the defeat of forces loyal to Muammar Gaddafi was celebrated across Libya after he had been captured and killed and Sirte had fallen.

Success was due to the fact that some seven months before on March 17, 2011, UN Security Council Resolution 1973 sanctioned the establishment of a no-fly zone and the use of “all means necessary” to protect civilians within Libya. It allowed Nato allies to secure the no-fly zone by destroying Libyan air defences and heavy weapons to pre-empt what was going to be genocide in Benghazi.

Western leaders patted themselves on the back. The international community had acted promptly and a loathsome dictator had been toppled. The uprising, which had initially been sparked by the self-immolation of a Tunisian fruit seller, would allow the Libyan people to bathe in the joy of “true democracy” – whatever that might be?

Rough ride
What a difference three years makes. Democracy has been a rough ride for the people of Libya and there are many who wonder if they weren’t better off under their previous dictator. I believe there is a very real danger of Libya, probably the richest country in Africa in terms of its small population and oil reserves, becoming a failed state.

Libya is witnessing its worst spasm of violence since Gaddafi’s regime was overthrown. Militias born in that conflict have challenged successive governments, leaving armed militiamen to operate outside state control with impunity.

In June, after Islamist factions fared poorly in parliamentary elections, militias supporting them launched a broad offensive that ended with Libya’s two biggest cities – Tripoli and Benghazi – falling under their control.

The elected parliament and internationally recognised government was forced to the eastern city of Tobruk and have now lost control of three key cities. In the Libyan capital Tripoli the old parliament, the General National Congress, has continued to sit and has appointed a rival government. Benghazi is largely in the hands of Islamist fighters, some with links to al-Qaeda and the scene of daily assassinations of officials, journalists and others. Misrata the third city and main port is now run by militias loyal to Tripoli.

Fighting has resumed in the southwestern suburbs of Tripoli where Zintan militias (loyal to the government in Tobruk) have launched a counteroffensive to regain access to Tripoli from their strongholds in the southwest. Pro-Libya Dawn forces have reportedly been trying to prevent the advance and Zintan appears to lack the military capabilities to retake Tripoli any time soon.

The fighting in Libya is affected by, and reflects, the clash across the whole region between moderates and extremists, Sunni and Shia, traditional and more radical governance. The instability and indeed real impact of events across the Egyptian border, have led to Egyptian involvement in the fighting and there are other countries, which either have – or may- become involved.

The world seems to have forgotten Libya.

ISIL, Syria, Iraq, Ukraine, Ebola and a number of other crises have grabbed our attention. And yet the coalition air attacks on ISIL seem to have a striking similarity to those raids that superficially seemed so successful three years ago. So what next?

There are a number of lessons to learn from the events in Libya, which apply to other countries in the region. The world cannot afford to ignore the fate of Libya and it hangs in the balance.