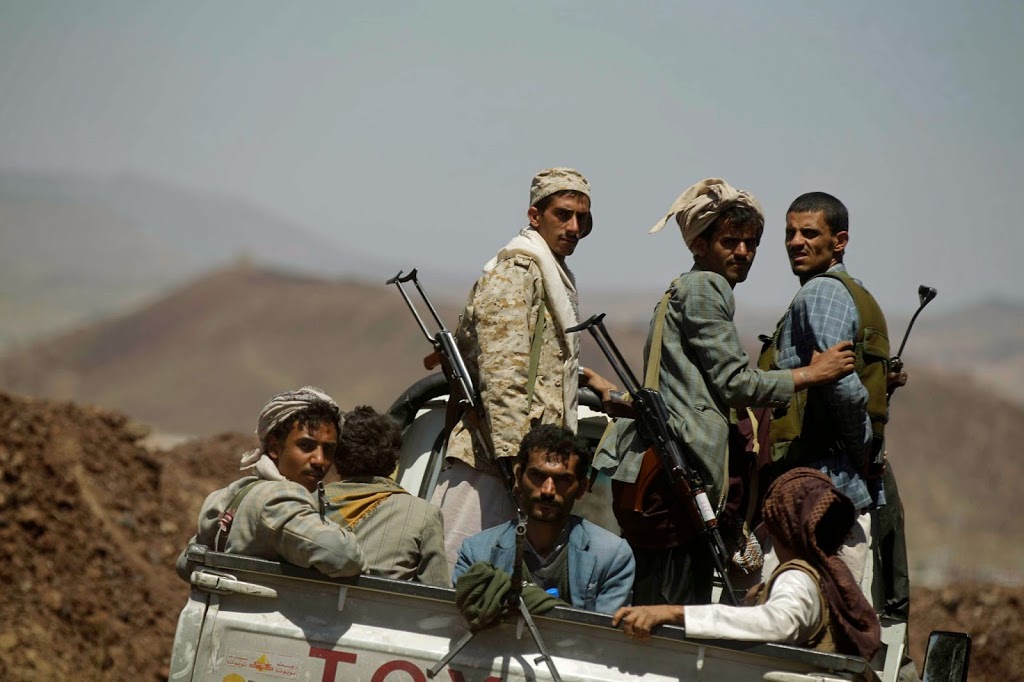 Thirty people, most of them Houthi militants, were killed late on Sunday during violent clashes – that continue to rage – with tribal militants in Manaseh, an area in the central Yemeni province of Al-Bayda’, a tribal source said.

He told Anadolu Agency that the clashes erupted after tribal militants had besieged Houthi militants in Manaseh, which they captured earlier on Sunday.

The clashes continue to rage until now, leaving 30 people dead on both sides, but most of the victims were Houthis, the source said, expecting the death toll from the clashes to rise in the coming hours.

The source said some people had talked about the death of Sheikh Maguid al-Zahab, an ally of the Houthis who helped them enter Manaseh and capture it.

A tribal source told AA earlier that Shiite Houthi militants had captured Manaseh, the most important stronghold of Al-Qaeda in the central province of Al-Bayda’.

The source added that the Shiite militants had controlled the area after armed tribesmen and Al-Qaeda militants had pulled out of it under intensified air and artillery attacks.

Manaseh is the most important stronghold of Al-Qaeda in Al-Bayda’, being the location of the home of Al-Qaeda leader Nabil al-Zahab.

Earlier in the day, Houthis controlled a mountain overlooking Manaseh, which eased the mission of controlling the area for them.

Houthis and Al-Qaeda have been fighting over control in Al-Bayda’ for several days now. The Shiite movement has been controlling the Yemeni capital Sanaa since September 21, but it is now moving to extend its control to other areas.

Yemen has been in turmoil since a popular uprising that erupted in 2011 ousted long-serving president Ali Abdullah Saleh in 2012.

Houthi control over the Yemeni capital seems to be opening the door for a sectarian Sunni-Shiite war inYemen.