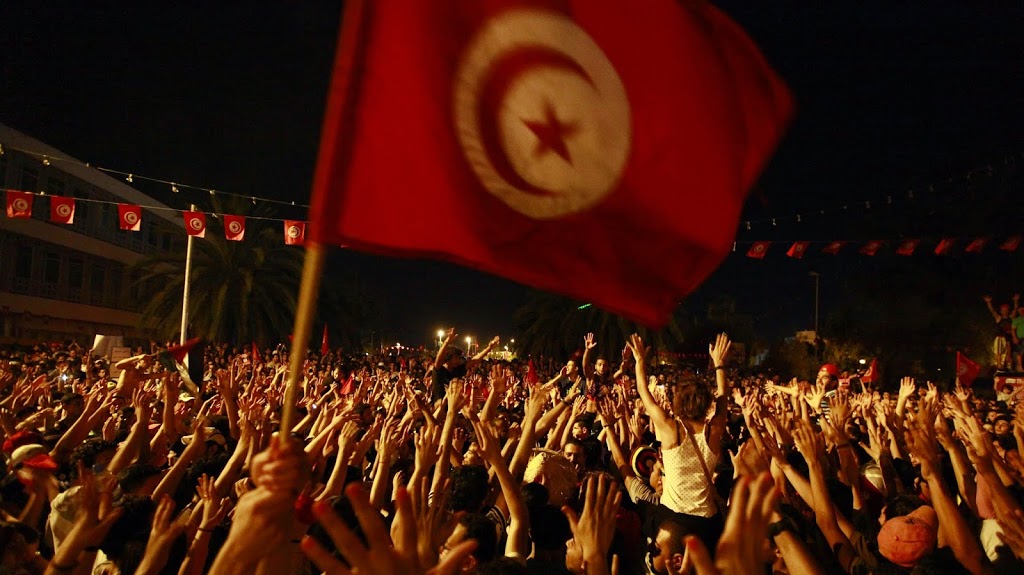 Tunisia’s Ennahda party, the first Islamist movement to secure power after the 2011 ‘Arab Spring’ revolts, yesterday conceded defeat in elections that are set to make its main secular rival the strongest force in parliament.

Official results from Sunday’s elections ‘“ the second parliamentary vote since Tunisians set off uprisings across much of the Arab World by overthrowing autocrat Zine El Abidine Ben Ali ‘“ were still to be announced.

But a senior official at Ennahda, which ruled in a coalition until it was forced to make way for a caretaker government during a political crisis at the start of this year, acknowledged defeat by the secular Nidaa Tounes party.

‘We have accepted this result, and congratulate the winner Nidaa Tounes,’ the official, Lotfi Zitoun, said. However, he repeated the party’s call for a new coalition including Ennahda. ‘We are calling once again for the formation of a unity government in the interest of the country.’

Earlier, a party source said preliminary tallies showed the secular party had won 80 seats in the 217-member assembly, ahead of 67 secured by Ennahda.

‘According to the preliminary results, we are in the lead and in a comfortable position,’ one Nidaa Tounes official said.

Electoral authorities were due to give preliminary results later, but larger parties had observers at polling stations to oversee the initial counts, allowing them to tally results unofficially.

A Nidaa Tounes victory will open the way for the return of some Ben Ali-era figures who have recast themselves as technocrats untainted by the corruption of his regime, but possessing the administrative skills to run the country.

Even with an advantage over Ennahda, Nidaa Tounes will need to form a coalition with other parties to reach a majority in parliament and form a government. Ennahda may still be part of any cabinet.

Led by Beji Caid Essebsi, a former parliament speaker under Ben Ali, Nidaa Tounes emerged in 2012 as a political force by rallying opposition to the first Ennahda-led government when Islamists won around 40 per cent of seats in the first assembly.