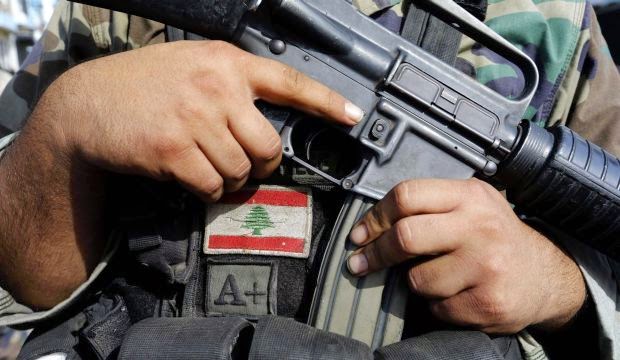 Lebanon’s military have halted an attempt by extremist groups to establish an Islamic emirate centered around the city of Tripoli after more than four days of fighting, an official source said on Monday.

A Lebanese military official, speaking to Asharq Al-Awsat on the condition of anonymity because he was not authorized to brief the media, said that Islamic State of Iraq and Syria (ISIS) fighters had been seeking to take over the port city and declare it part of the “caliphate” it established on Iraqi and Syrian territory earlier this year, when it declared its leader Abu Bakr Al-Baghdadi the leader of the world’s Muslims.

Lebanese military and security forces successfully drove the Islamist fighters out of Tripoli, Lebanon’s second largest city, after four days of fighting that left at least 42 people dead and hundreds more injured. Lebanese officials and politicians hailed the operation a success as efforts continue to pursue and capture the fleeing militants, including Sheikh Khaled Hablas of the city’s Haroun Mosque and fighters affiliated to his group.

Sources informed Asharq Al-Awsat that ISIS gunmen were fighting alongside Al-Nusra Front fighters and other Sunni militants against the Lebanese authorities, in what analysts have described as a dangerous development. ISIS and Al-Nusra Front have clashed repeatedly in Syria; it is as yet unclear whether this was a temporary alliance against the Lebanese army or if the ISIS-Al-Nusra Front cooperation represents a broader movement on the ground and could affect the fighting in Iraq and Syria.

The Lebanese military source confirmed that Al-Nusra Front leader Imad Ahmed Juma had sworn allegiance to Abu Bakr Al-Baghdadi in August. The source added that Juma and his fighters participated in the attempt to take control of Tripoli, fighting alongside ISIS militants.

Tripoli residents, speaking to Asharq Al-Awsat after the liberation of the city, said that they believed the militant’s main objective had been to establish a land bridge from Syria’s Qalamoun mountains to the Lebanese coast.

Captured fighters reportedly informed Lebanese authorities that the establishment of an Islamic emirate in Tripoli had been the first phase of a broader plan to establish control of other cities along the Lebanese western seaboard. ISIS and its affiliates would also have sought to transfer and receive fighters and arms via these ports.

Captured Al-Nusra Front commander Ahmed Mikati confirmed the ISIS plans, the Lebanese military official told Asharq Al-Awsat. Mikati had also implicated a number of others in the plot to establish an emirate, including well-known Lebanese Salafist Sheikhs Kamal Al-Bustani and Khaled Hoblos, among others.

Mikati said that ISIS had been seeking to carry out the “Mosul scenario” in Tripoli and the surrounding area. ISIS fighters took over the northern city Iraqi city of Mosul in June and quickly pushed on to secure the surrounding villages and territory after locking down the city, entrenching their grip on the region.

The Al-Nusra Front commander said that the militants were planning to quickly occupy Tripoli’s surrounding villages before moving on to secure other areas in Lebanon. “The first phase of the plan was to completely takeover Tripoli with the objective of securing a land bridge connection between Qalamoun in Syria with the Lebanese coast,” Mikati said.

Tripoli residents who fled the fighting have begun returning to the city with even more army reinforcements expected to be dispatched to the region within the next few days, local media reported. Although many ISIS-Al-Nusra Front fighters were killed or captured in the fighting, many others remain on the run with Lebanese security and military patrols now seeking to capture them and secure the situation on the ground.