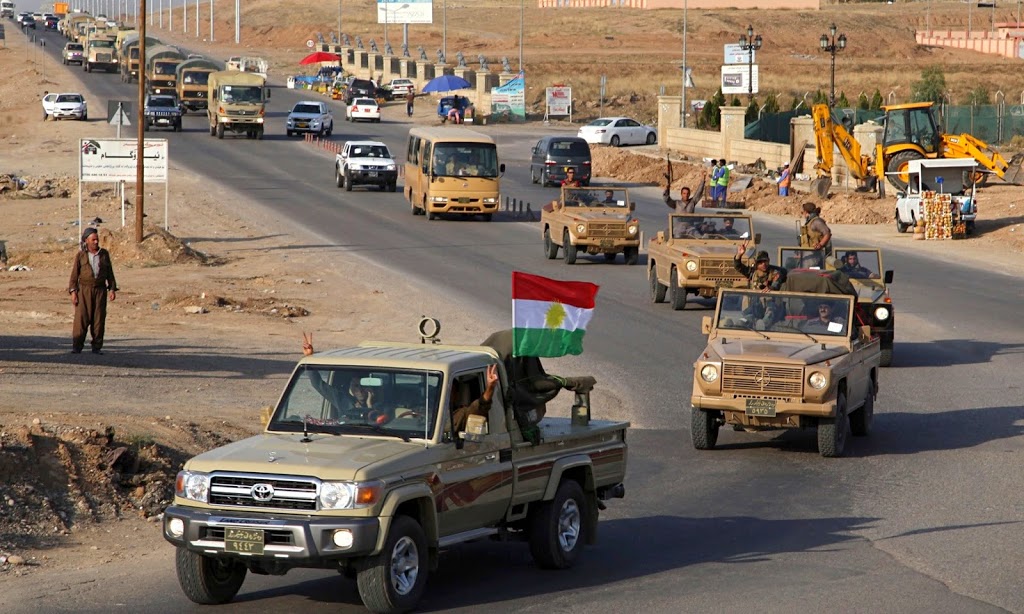 A group of Iraqi Kurdish Peshmerga forces have arrived at Turkish Sanliurfa province who will travel onwards to the Syrian town of Kobani, an AA correspondent at the scene confirmed early Wednesday.

The convoy escorted by Turkish police and gendarmerie teams was headed to Sanliurfa where they are expected to cross over into Kobani to join fighters battling the militants of the Islamic State of Iraq and the Levant, or ISIL, since mid-September.

The Kurdish regional government in Iraq has sent its forces to fight alongside the Kurdish groups in Kobani under a special arrangement with Turkey.

“All preparations are complete and the peshmerga will leave as soon as possible to help defend Kobani,” Halgurt Hikmet, a spokesman for the Kurdish regional rule’s ministry of peshmerga affairs, had said earlier Tuesday.

The minister said the logistical details of the Kurdish fighters entering the Syrian border town, how and from where, would be dealt with by “related military officials.”

Turkish security officials have taken extensive security measures at the airport and along the entire route.