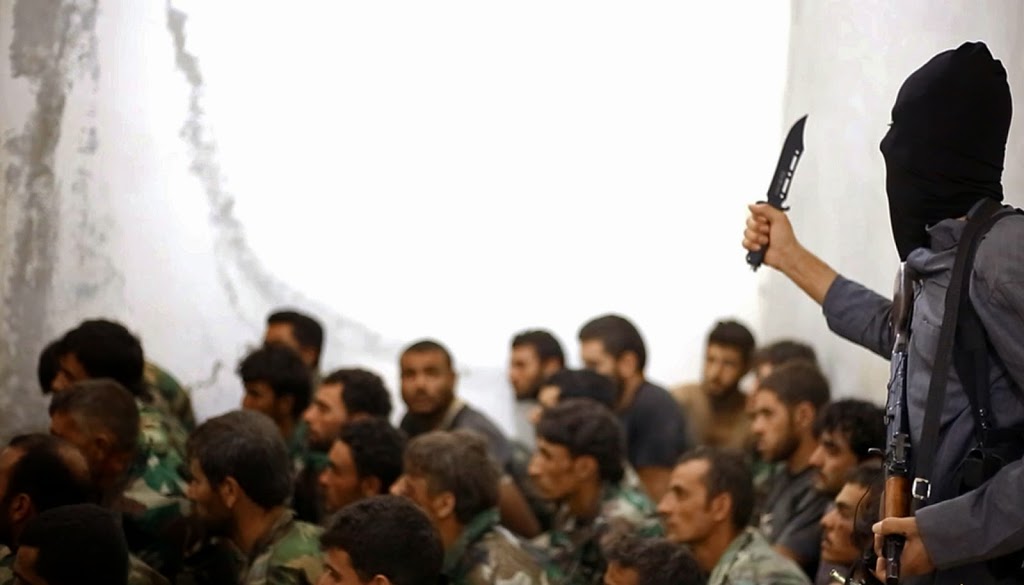 The Islamic State (IS) differs from its predecessors and similar groups by running a powerful intelligence apparatus that is strong and has plenty of security experience acquired by intelligence officers from the previous regime.

The IS intelligence apparatus carries out various types of operations, similar to other intelligence apparatuses around the world. One of its most important operations is to monitor and identify its opponents, to eliminate them immediately and to avoid the possibility of the Iraqi government, and other local and regional opposing parties, to infiltrate its intelligence apparatus, or a military opposition to emerge on its territory.
Based on IS operations, the list of people to eliminate includes tribal sheikhs who have previously cooperated with the government, members of the Awakening movement who have participated in fighting jihadist groups in the past, clerics who oppose IS’ extremism and anyone suspected of delivering security information to governmental parties or other cooperating parties.The policy of eliminating opponents as soon as they take over large areas is considered an established IS method that was adopted when it evolved in Iraq after the 2003 invasion. In addition to the security reasons, this technique is also based on IS’ extremist Salafist principles, which aim to purge the land of any opposition party, to create a unified Salafist community without religious or political differences.

Ground campaigns against IS have increased since the formation of the international alliance that launched airstrikes on IS sites, leading to the group’s elimination from regions it previously occupied. In addition to this, assassinations started being carried out against the IS leadership in Mosul and other Iraqi regions, which pushed the group to further tighten its security and eliminate a large number of suspects.

Several IS leaders were targeted, including Abu Anas al-Kurdi, an official in one of the military wings of Mosul, who was killed during an airstrike on Sept. 29. A source in Mosul told Al-Monitor that IS tightened its security after the attack by limiting prominent leaders’ appearances in public as well as arresting people suspected of delivering information to newspapers or any other external parties.

Al-Monitor interviewed a field activist in the city of Hit, two days after it fell into IS hands on Oct. 13, after a significant advance in Anbar province that included most of its cities. The source said that some residents were IS members without the knowledge of their neighbors. After IS took over, the militants eliminated anyone who was inciting people against IS, or working with the army and opposing tribes. People are eliminated based on the information provided by residents who are IS members.

The source said that the number of victims is high and the punishments are extremely cruel. A number of activists who criticized IS’ arbitrary and extremist measures were slaughtered in the city. Everyone who opposes the group’s extremist religious measures, such as imposing the niqab on women, is subject to punishment. IS raises its flag on top of the victims’ homes to make examples of them, so others know that someone has been punished. Group executions occur every now and then, where prisoners whom the group had kidnapped during battle are eliminated.

The terror prevailing over Mosul has led an enormous number of residents to flee and take refuge in Shiite-dominated western regions. Al-Monitor witnessed long lines of refugees at the entrance to the city of Karbala, waiting for security clearance to enter the city. These procedures can take days due to the large number of refugees and the lack of facilities to receive them.

IS reacts strongly against its opponents, out of fear of an opposition force emerging from within the Sunni entity, like in 2008 after establishing the Awakening movement, where the Islamic State of Iraq lost its lands due to damaging strikes by the movement. IS is well aware that a significant threat would be the emergence of a Sunni military opposition, fighting it inside the lands it occupies.

IS has carried out extensive religious separation in the regions it occupies, by disposing of all non-Sunni elements such as Shiites and other religious minorities, to end all social relations between the tribes and the Iraqi elements. The purpose of this is to eliminate the possibility of having a Sunni force willing to cooperate with Shiites to fight IS. On the other hand, the group’s policy of terror led its opponents to flee the IS-controlled regions or to at least stay silent and not criticize its actions.

It is unlikely that an effective Sunni force will rise against IS, due to the loss of communication between political Sunni leaders and their popular bases. There are no decisive measures against the group, and the Iraqi government is incapable of changing the military equation in the Sunni regions. Thus, IS is expected to remain for a long time in the Sunni regions.