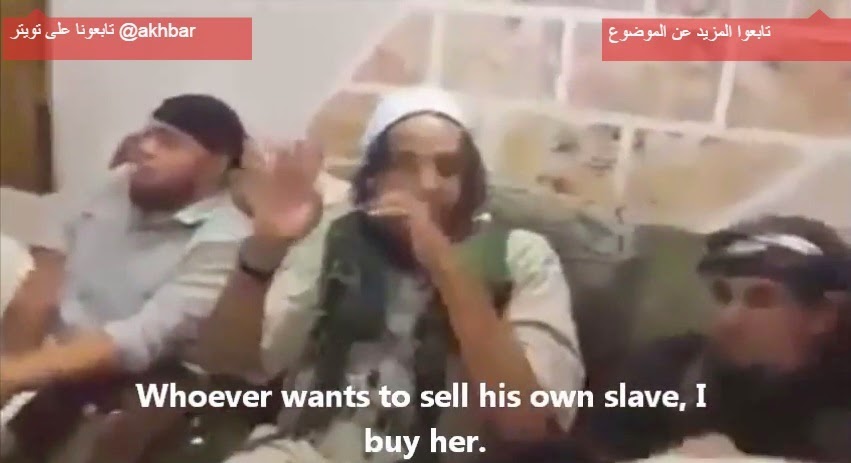 Islamic State has set fixed prices to sell Yazidi and Christian women who have been abducted by members of the militant group, Iraqi media have reported. The barbaric tariffs range from around $40 for older women to $170 for children.

The group, also known as ISIS or ISIL, says they will execute anyone who violates the controls, which have been implemented. $43 is the price for a Yazidi or Christian women who is aged between 40 and 50.

The document states that there has not been so much interest in purchasing slaves recently. “The market to sell women and spoils of war has been experiencing a significant decrease, which has adversely affected ISIS revenue and financing of the Mujahideen,” said the document, which was obtained by the website IraqiNews.com.

The document also says that no individual is allowed to buy more than three slaves. However there are no exceptions for foreigners, such as those from Turkey, Syria and the Gulf States.

Nevertheless, according to a recently shared video, it would seem the slave girl trade is still very much alive amongst some Islamic State (IS) fighters. Captured on film, they were laughing and joking about getting their share of the spoils.

“Today is the day of female slaves and we should have our share,” declares a bearded militant, flanked by fellow fighters on a couch. The video, which has not been independently verified, was released by Islamic State last month and has been newly translated by Al Aan TV, a Dubai-based TV station.

“Where is my Yazidi girl?” one man asks repeatedly as others laugh. The video was shot in the Iraqi city of Mosul, an Islamic State stronghold, captured in June, reports Al Aan.

“Whoever wants to sell his slave, whoever wants to give his slave as a present…everyone is free to do what he wants with his share,” says the bearded fighter, eager to obtain a slave girl of his own.

IS has bragged about the enslavement of women and girls from territories they have captured. They see it as the revival of an ancient custom, under which captured women and girls were treated as trophies from the spoils of war.

In an article in its English-language online magazine Dabiq, the group provides what it says is religious justification for the enslavement of defeated “idolators.”

“After capture, the Yazidi women and children were then divided according to the Shariah amongst the fighters of the Islamic State who participated in the Sinjar operations, after one fifth of the slaves were transferred to the Islamic State’s authority to be divided as khums,” it said, which was reported by Reuters. Khums is a traditional tax on the spoils of war.

In September, over 120 prominent Muslim scholars wrote an open letter to the Islamic State leadership, denouncing them and their barbaric interpretation of the Koran and Sharia law.