You are here: Home / Senza categoria / Life in Raqqa under IS 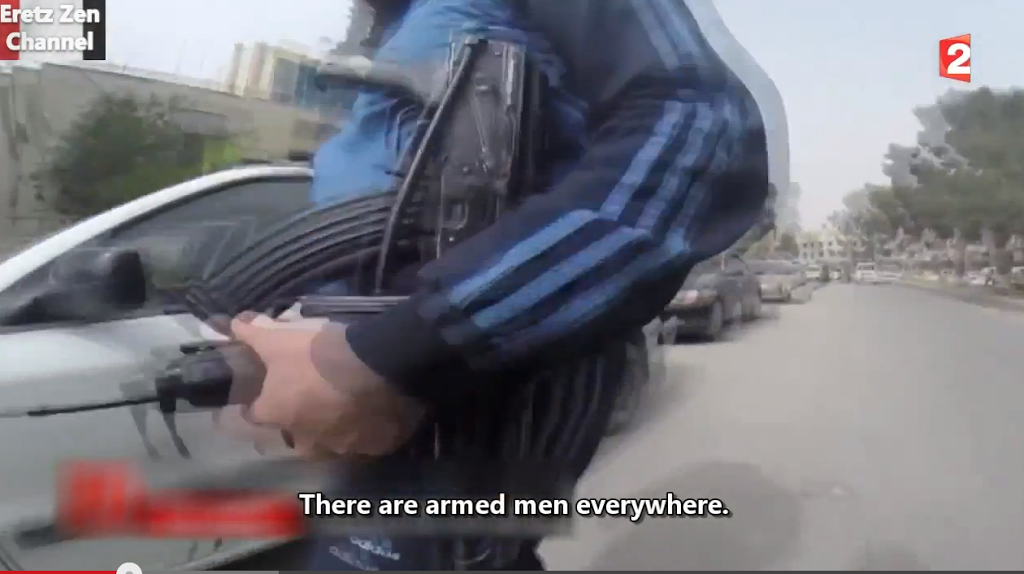 Behind the walls of the de facto Islamic State (IS), life in the northern Syrian city of Raqqa goes on. The city, once the summer capital of the Abbasid dynasty, has become a jihadist metropolis, where thousands of IS fighters, families, immigrants and locals live under the sort of tailored circumstances that could only fit the society created by its self-appointed caliph, Abu Bakr al-Baghdadi.
Abu Ibrahim al-Raqqawi, a pseudonym for a young anti-IS activist from Raqqa, told Al-Monitor the situation was dire. He said, “People in Raqqa are outraged. There are a lot of immigrants who came and joined IS: Americans, British, Germans, Europeans in general and from around the world. They are given special treatment, pampered by the organization.”

He added, “They are given the best homes and cars while locals pay taxes. They took the abandoned houses — some left behind by Christians, others by Sunnis — while those in the city who own more than a house are forced to give all other houses to the immigrants.”

Raqqawi, who founded the “Raqqa is being slaughtered silently” campaign, explained that a group of young men decided to rise against IS. “We are a group of activists from the city of Raqqa. We were against the ruthless regime of [Syrian President] Bashar al-Assad, and after our city was liberated by another ruthless regime, IS, we decided to resume our activities. Our campaign started on April 16, 2014,” he said.

The campaign involved spraying anti-IS slogans on the walls of the city and documenting crimes and executions, and the bombardment from both the regime and the US-led coalition. Raqqawi told Al-Monitor, “We distributed flyers warning of the danger IS poses to the city, and we tried to organize demonstrations there, but IS quelled our attempts violently.”

He said, “They assigned three Friday sermons in all the city’s mosques to warn people not to cooperate with us. They accuse us of being apostates and secularists, threatening to arrest and execute anyone who decides to help us or those who use our photos.”

Still, the activist believes the people of Raqqa are the first to fight IS, saying, “The first battle against IS was on Aug. 1, 2013. The Free Syrian Army [FSA] felt the danger of IS and tried to throw them out of the city, but it didn’t have enough weapons and the international community didn’t care. The FSA lost after 13 days of fighting, and then on Jan. 4, 2014, it tried once again. But this time, IS won full control over the city. Today, it enjoys the support of only 10% of the population, along with chiefs of some clans who are benefiting from the current situation.”

About that situation, Raqqawi said, “There are no banks operating. Shops are working normally, and schools have been closed since IS took control. Yet one week ago, schools were granted permission to open for only two hours daily, for girls from 8 to 10 and for boys from 10 to 12. They are taught math, Arabic and English. Not all children are attending schools in the north.”

“Some 350 children under 16 joined the Sharea youth camp. The camp is located in the western countryside of the city of Tabaqa. IS did what other groups failed to,” Raqqawi said. “IS used several tools to recruit children, including kidnapping, because many children are taken without the permission of their families. It is also impoverishing the families [by imposing heavy taxes on them]. The lack of schools prompts some families to send their children to join the organization in return for a monthly salary. Brainwashing is also a strong tool, whereby children are influenced by the ideas of the group in mosques.”

Raqqawi told Al-Monitor that more than 30 children have been killed in the Kobani battles, and that Sami Hamira, an 18-year-old from Raqqa, was a suicide bomber who carried out an attack in the Kurdish city. He said, “This is so dangerous; we have an entire IS generation, they are time bombs that the organization can detonate anytime they want.”

It’s not only the children of Raqqa who are being exploited by IS. Women are also part of the new system. “A female brigade was created by the organization to observe, search and arrest women: 90% of the women in this brigade are immigrants, while only few are Syrians. They also arrange marriages for foreign fighters and they have an intelligence role to prevent women from smuggling weapons into the city.”

For better or worse, the people of Raqqa are trying to accommodate the new ruler, just as the whole region has done over the last four centuries.