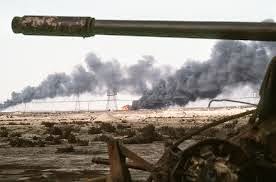 Gunmen seized Libya’s major El Sharara oilfield, looting equipment and shooting as frightened workers sought shelter, oil sources said on Wednesday, in another blow to the country’s oil industry which has been subjected to protests and militia blockades.

It was unclear exactly what happened at the field, which at maximum capacity produces about 340 000 barrels per day.

It is Libya’s biggest operational field, located in the remote south where rival tribes have clashed since Muammar Gaddafi was ousted three years ago.

The closure is a blow to government efforts to keep oil production isolated from the spreading chaos in the North African country, where two prime ministers, parliaments and army chiefs of staff compete for control.
The closure will lower the Opec member’s oil production, last reported at around 800 000 bpd, by at least 200 000 bpd.

The field produced at least 200 000 barrels per day before the shutdown, the sources said. It had been running below capacity as some wells had been lost due to previous closures by local people in the past 12 months.

The closure will have an impact on the 120 000 bpd-Zawiya refinery, which is fed by El Sharara and supplies the capital with fuel products.

A source in the state oil security force said the management had shut down production after gunmen with heavy weapons stormed the field late on Tuesday, wounding 13 workers.

An oil worker at the field said staff there had also been shooting on Wednesday and some workers had sought shelter inside company buildings.

The facility is operated by Libya’s state oil company and Spain’s Repsol.

The oil security force said the attackers belonged to an Islamist group, while the online magazine Libya Herald said they were supporters of an armed group that had seized the capital Tripoli in August.
Reuters could not independently confirm either statement and the spokesman for state-run National Oil Corporation (NOC) could not be reached for comment.

Libya’s oil industry has been recovering from a wave of blockades, mainly at eastern export ports, which ended with a government deal that lifted output to 800 000 bpd.

This is still less than the 1.4 million bpd Libya used to pump in July 2013 when the protests started.
The area near the field has been the scene of fighting between the Tuareg and Tibu, two tribes that have complained about neglect and discrimination in the North African country.

The situation of the poor south has worsened since summer, when an armed group called Operation Dawn seized Tripoli and forced the internationally recognised government to move to the east.

This has hampered the work of ministries and cut supply routes to the south for food, consumer goods and central bank money.

Libya’s oil facilities had remained under the control of the recognised government.

Western powers worry that Libya is heading toward civil war as authorities prove too weak to control former rebels who helped Gaddafi in 2011 but now defy state authority in order to grab power and a share of oil revenues.

The rapid return of Libyan crude oil to the market in recent months has added to a glut of crude that has driven down prices by more than 25 percent since June, though growing political instability has increased uncertainty over the country’s levels of production and supply.

International benchmark Brent crude oil futures hit a fresh four-year low of $81.63 on Wednesday, before recovering on reports of a pipeline fire in Saudi Arabia and the El Sharara.