You are here: Home / Senza categoria / ISIS publishes photo of leader Al-Baghdadi with his son after release from Iraqi prison 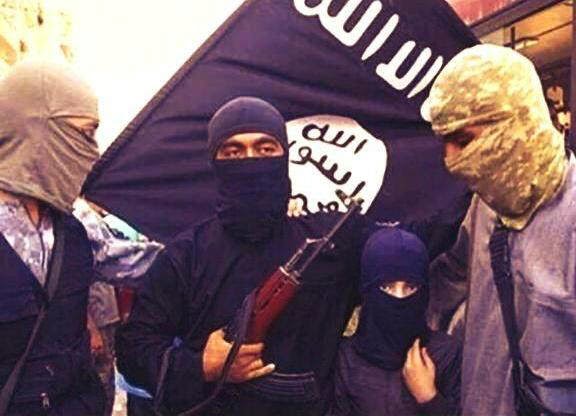 Photo published across several ISIS websites claiming to show the leader of ISIS, Abu Bakr Al-Baghdadi, posing with a gun and his son moments after arriving to the Syrian border.

Sites affiliated with the so-called Islamic state in Iraq and Syria (ISIS) published a picture claiming to show the leader of the group, Abu Bakr Al-Baghdadi after arriving to the Syrian border with his young son.

The image shows three masked men and a child who wears a mask as well. The sites referred to it as “Al-Baghdadi is carrying a gun and standing next to his son.”

The same sites — followed by IraqiNews.com — explained that Al-Baghdadi appeared in the picture after his release from Buca prison in southern Iraq where he was held in captivity for months.

He then journeyed with his family to the Syrian – Iraqi border to manage armed groups and begin the formation of the terrorist organization which is now known as the Islamic State.