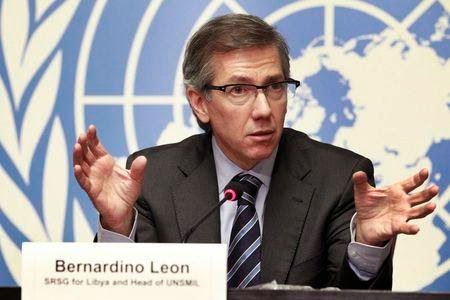 The UN mission in Libya said on Wednesday it held urgent consultations with rival factions aimed at resuming a political dialogue after the internationally-recognized parliament suspended its participation.

“The United Nations Support Mission in Libya (UNSMIL) is undertaking a series of urgent consultations with the parties to ensure the convening of the next round of talks soon,” a statement said.

It appealed to “all parties not to allow this window of opportunity to slip away,” while calling on them to “renew their commitment to a peaceful resolution of the Libyan crisis.”

Among the priorities was the urgent need to reach an agreement on a “strong and independent government,” said UNSMIL.

Other priorities included “combatting terrorism,” which threatened the political process and the “security and stability of the country and the region.”

On Monday, Libya’s internationally-recognized parliament suspended its participation, saying it would issue a statement later giving the reasons for the decision which came after recent attacks in al-Qubbah.

The Islamic State of Iraq and Syria (ISIS) said it was behind suicide car bombings that killed 40 people in the eastern town on February 20.

A parliamentarian, speaking on condition of anonymity, said the decision to pull out of talks was taken over fears that the international community would exert pressure to include Islamists in a future unity government.

Almost four years after a NATO-backed war ended Muammar Gaddafi’s one-man rule, Libya has descended into chaos with the internationally-recognized government of Prime Minister Abdullah al-Thani forced to flee to the country’s east and militias in control of Tripoli and other main cities since August.

Since launching efforts at dialogue in September, UN envoy Bernardino Leon has been unable to bring together leading players from the rival camps.

The United Nations had invited the elected parliament and its Tripoli rival, the Islamist-dominated General National Congress (GNC), to the new round of talks on Thursday in Morocco.

On February 11, Leon met separately with officials from both sides in the southern Libyan oasis town of Ghadames — the first between the two bodies since a national dialogue was launched last September.
The UN envoy called the indirect talks “positive and constructive,” despite not managing to sit the rivals round the same table.

Analysts believe efforts to bridge the gap will fail so long as the rival armed factions — led by General Khalifa Haftar for the elected government and Fajr Libya (Libyan Dawn) for the GNC — do not talk face to face.

Amid the chaos, a number of Islamist militant groups have been active in Libya. A few have declared ties to ISIS and claimed high-profile attacks over recent weeks in what appears to be an intensifying campaign.