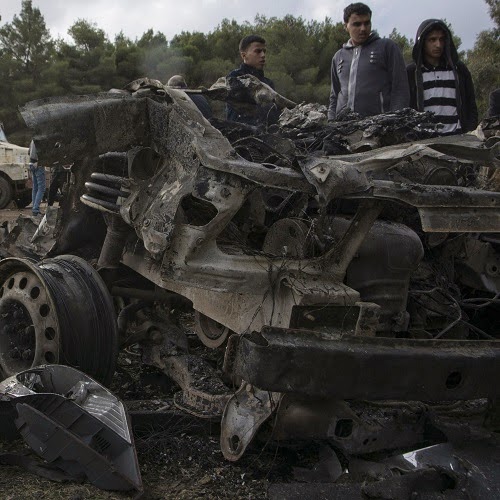 A bomb exploded on Sunday in an eastern Libyan town where a UN special envoy was due to meet Prime Minister Abdullah al-Thinni, but there were no casualties, officials said.

One government official said at least one car bomb went off in front of the security headquarters in the eastern city of Shahat.

Thinni and UN envoy Bernadino Leon were due to meet in a different building, and a security official said the blast had been near the venue of a meeting of other government officials.

“Leon, and a delegation from the United Nations Support Mission in Libya, which he heads, were meeting Libyan PM Abdullah al-Thinni in the eastern Libyan city of Shahat earlier today when they heard an explosion,” said Jose Luis Diaz, spokesman for the UN Department of Political Affairs.

“The UN delegation has returned safely to Tunis,” he added in an email. “It’s impossible to say right now who was the intended target. What we can say is that UNSMIL will continue in its efforts to assist the Libyan people in the search for a political solution to the crisis in the country.”

Libya is in turmoil as two governments and parliaments allied to armed groups who helped toppled Muammar Gaddafi three years ago vie for power and control of the country’s oil wealth.

Thinni, the country’s internationally recognized premier,  has worked out of Bayda near Shahat since former anti-Gaddafi rebels led from the city of Misrata seized the capital Tripoli and installed a rival government and parliament.

In the main eastern city of Benghazi 300 people have been killed in three weeks of clashes. The recent turmoil has also lowered Libya’s oil exports to below 500,000 barrels per day, based on previously published figures.