You are here: Home / Senza categoria / Syrian official: negotiations with US blocked by Saudi Arabia 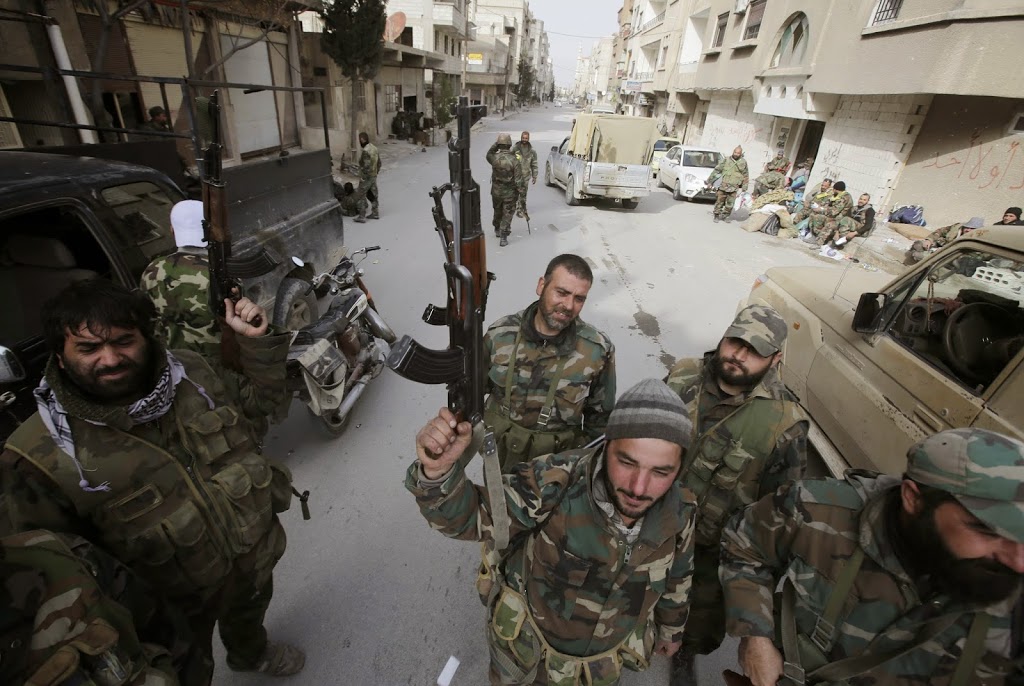 From his office adjacent to the presidential al-Rawda Palace in the heart of Damascus, a Syrian official goes about his work interpreting the landscape in his country and its surroundings at the military and internal and external political levels.
He told Al-Monitor, “The military situation of our armed forces and the situation on the ground is more than good. The fall of the town of Murak to the Syrian army is a major achievement that can even be described as strategic. Control over this critical site guarantees total control of the Hama-Aleppo road. This implies that Aleppo city has almost fallen to the Syrian army militarily.”
It is therefore probably logical that the authorities in Damascus do not agree with the proposal by UN envoy Staffan de Mistura to turn the city into a “freeze zone,” as it is being called, to be managed by moderate opposition members and to then talk later with Syrian authorities about restarting the Geneva path for a peaceful solution.The Syrian official, who spoke on condition of anonymity, said, “Ghouta is gradually falling to our troops. Douma city, the capital of the revolution and the headquarters of Zahran Alloush, the leader of the so-called Jaysh al-Islam, will be our army’s next target.

Moreover, do not rule out the possibility of hearing about surprises on the ground in the coming weeks, of agreements in some areas controlled by gunmen, or of an announcement on reconciliations between armed groups and the Syrian authorities. We have reliable information that the financial blockade imposed by the Western coalition on the terrorists has begun to produce concrete preliminary results, for the first time in more than three years, in addition to the horrific conflicts between armed factions and the terrorists themselves.”

He said, “The situation in regime-controlled areas is almost normal. Any visitor to these areas can clearly see that. It is not an insignificant detail that the opening of the largest mall and hotel in Syria took place in the city of Latakia, for instance, two weeks ago.” Asked whether the opening means that the hotel will actually become operational, he replied, “The operation is waiting for the necessary investment and commercial agreements to be concluded with the operators and interested companies. Yet, the event itself is very significant under these particular circumstances.”

Of more importance is what is going on at the political level the official said. “It is obvious that the current Western coalition against terrorist forces will not totally succeed in achieving its stated goals. After this stage, one can look forward to a serious effort at a solution,” he said. The Syrian told Al-Monitor the content of what he called “indirect negotiations that were conducted months ago between Damascus and Washington.”
“We told the Americans from the first moment that any agreement between you and us cannot lead to a loss for any of the parties.

We are aware that the settlement must be good for both sides. Otherwise, there is no chance it can be achieved,” he said. “We were firm on this rule when looking for a framework for a solution.

“From the first moment, they recognized that President Bashar al-Assad will remain in his post. Yet, it does not mean that a solution is possible. Thus, we believe that what is required is to wait for a particular event or a particular development that makes a convergence between Washington and us possible or achievable. This seemed possible with the start of the US, international and regional war against the Islamic State. This war will result in a common enemy between us.

Therefore, a comprehensive foundation can consist of a framework for a particular understanding that will be in both parties’ best interest.” The official also said, “The Americans asked for some time to concretize this idea and look into the chances it has of being reaped. But, after a while, they sent us a message saying we are sorry, the idea is unachievable at present because Saudi Arabia has refused it.”

He smiled and continued, “So, our allies and friends declined the idea of participating in the Western coalition against the terrorists. This is because the framework is no longer adequate for a comprehensive solution from this perspective. It is no secret that the Russians and Iranians have decided to work independently to fight terrorism. The framework of the Shanghai Cooperation Organization is a potential option. A few days ago, a Russian counterterrorism official visited Tehran. It is a step and an additional sign in this regard.

The upcoming visit of Russian President Vladimir Putin to India will be in the same context. At the end, a parallel, international coalition to fight terrorism will be established. This is while the Western coalition will be failing or facing obstacles in achieving its objectives. At that time, it will be an opportunity to unite efforts and international energies. This will be an introduction for a sound and balanced Syrian solution.”

Asked how such a scenario can preserve the current Syrian authority, the official replied, “Because first, we’re a secular country amid a wave of religious fundamentalism surrounding us. Second, because we are a state that has proved it has an effective army. Consequently, we are the only force in the Levant that is capable of countering radicalism and its terrorism. This situation may not satisfy some in the Gulf.

The time limit on his interpretation is not clear. The official was not decisive. He concluded, saying, “Let’s wait until after the US-European-Iranian meeting in Muscat, and then for Nov. 24, in regard to issuing a declaration on the nuclear file between the three mentioned parties. On this occasion, Iranian officials are betting that something positive will be announced. After that, everything will be possible. Let’s wait and see.”