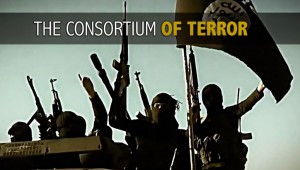 While the government denies the footprint of a Middle Eastern ultra-extremist group in Pakistan, a delegation of the Islamic State in Iraq and Syria (ISIS), aka Islamic State, or IS, is said to have visited Balochistan recently to liaise with militant groups there, the Associated Press reported on Wednesday.

The revelation came a day after Interior Minister Chaudhry Nisar Ali Khan told journalists in Karachi that the IS didn’t exist in Pakistan, though he conceded that some local groups might have been attracted towards the organization.

A spokesman for the Jundullah claimed on Wednesday the visit of the IS delegation took place this week in Balochistan. The purpose of visit was to see how the IS could work to unite various Pakistani militant groups, the spokesman, Fahad Marwat, added. Jundullah is a franchise of the Tehreek-e-Taliban Pakistan (TTP).

Earlier, the Balochistan government had conveyed a confidential report to the federal government and law enforcement agencies warning of increased footprints of the IS, also known by the Arabic acronym Daish, in Pakistan.

In a related development, German police arrested nine men suspected of supporting the IS and raided numerous properties in one of the largest sweeps against alleged militants in Germany yet, prosecutors said on Wednesday.

A 58-year-old Pakistani man, Mirza Tamoor B, was arrested on suspicion that he smuggled two fighters from Germany to Syria, while a 31-year-old German, Kais BO, was detained on suspicion of recruiting three other potential jihadis and helping them to travel to Syria, federal prosecutors said.