You are here: Home / Senza categoria / Iraq: boots on the ground? 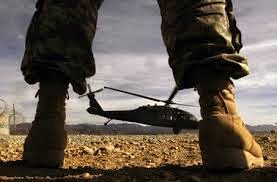 “We will consider request to send American ground troops to Iraq”, says Hegel today.
On Sunday, US Secretary of Defense Chuck Hagel confirmed that he may consider sending US ground troops to Iraq in order to help with locating ground targets that the international coalition aircrafts intend to target.

He point out that the ‘Khorasan’ network still represents a “serious threat” to the United States.

In a conference on national security strategies held at the Library of the former President Ronald Reagan, California— Hegel stated that “he will consider the request to send US ground troops to Iraq in order to help identify ground targets, which the international coalition aircrafts plans to target.”

He said, “We will deal with that recommendation, but it has not been suggested yet.”

Hegel refused to confirm whether the US air strikes against what is known as ‘Khorasan network’ had led to the death of its senior leaders, but he also stressed that the network remains a serious threat to the United States.