You are here: Home / Senza categoria / Libya: Haftar must be supported to lead fight against ISIS 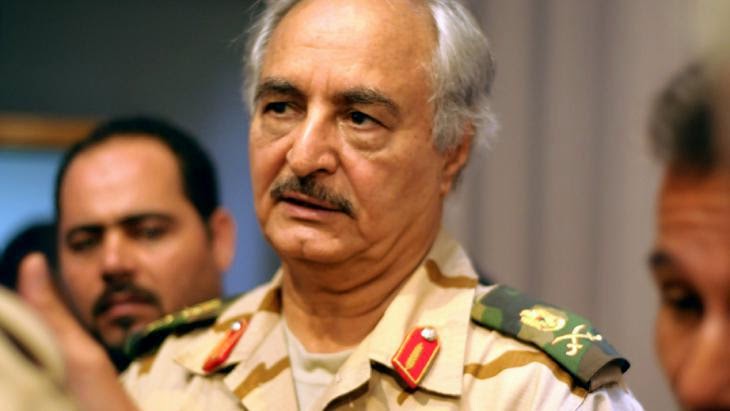 The growing influence of ISIS in Libya in recent months, culminating in the recent beheading of 21 Egyptians and a decision by Cairo to use its air force in strikes against the militants, shows just how far the North African nation has slipped towards an abyss of chaos.

The internationally recognised government, based now in internal exile in Tobruk, is proposing that General Khalifa Haftar take the reins as the overall commander of its forces in an attempt to turn back the tide against militant factions that have divided the country since the fall of Muammar Gaddafi in 2011.

The decision to turn to Haftar shows the increasing influence of military figures in the official government and parliament, which has been forced to operate from eastern Libya since the Libya Dawn militia seized Tripoli last summer.

In the chaos, Haftar has emerged as the only military leader capable of combating the factions in the east and has become an essential pillar in ensuring that the government of Prime Minister Abdullah Al Thinni maintains its legitimacy.

Under normal circumstances, supporting a military strongman would not be a natural first step, considering that the very intent of the anti-Gaddafi rebels then was to oust such a leader.

But recent events in Libya show that these are not normal times.

There is little choice but to allow Haftar to pursue his military campaign from a position of full authority.