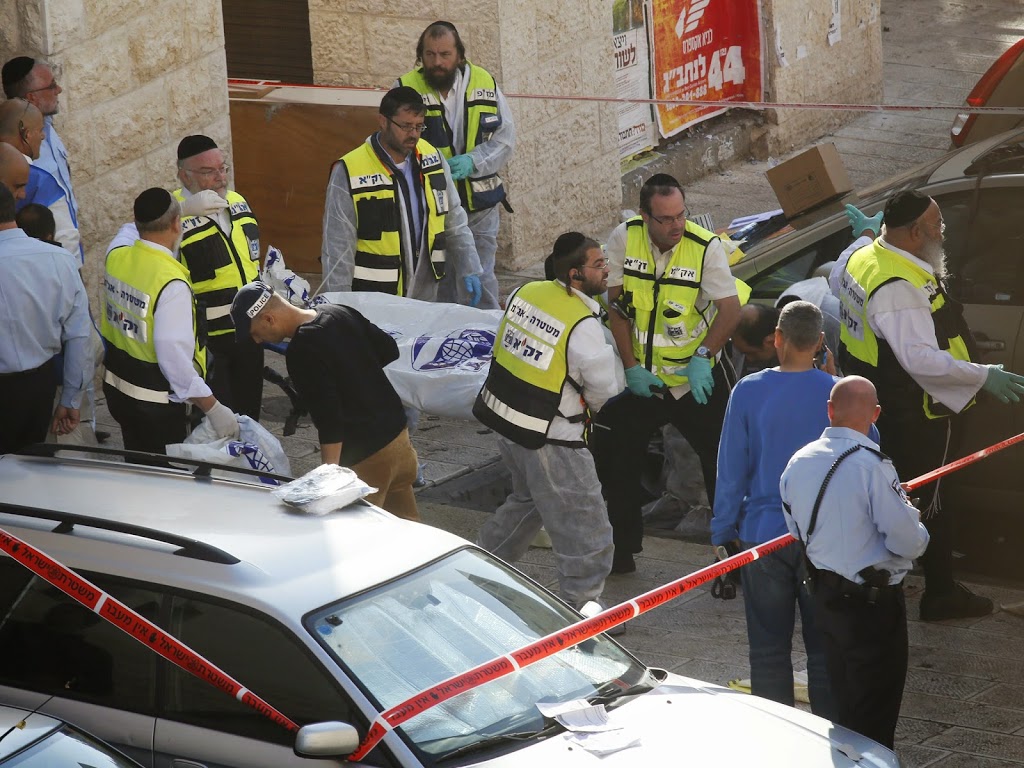 The Islamic Resistance Movement, Hamas, hailed Tuesday’s assault on a Jewish synagogue, dubbing the move “a normal reaction” to Israel’s mounting terrorism against Palestinians and Islamic sanctuaries in the Occupied Palestinian territories.

“The operation in Jerusalem is a response to the murder of the martyr Yusuf Ramouni (strangled to death in a bus) and to the series of crimes and assaults perpetrated by the Israeli occupation at Al-Aqsa,” Sami Abu Zuhri, a Hamas spokesman, said Tuesday, PIC reported.
“This is just the normal reaction to Israel’s terror campaigns,” he said. “Hamas calls for the continuation of revenge operations and stresses that the Israeli occupation bears responsibility for tension in occupied Jerusalem.”
A number of Palestinian resistance factions hailed Tuesday’s attack, saying it was an anticipated reaction to Israeli terrorism against the Palestinian people and Muslims’ sanctuaries.
“Jerusalem’s intifada (uprising) has kicked off and it shall never stop as long as the Israeli assaults against our people and holy sites are kept up,” a statement issued by the Popular Resistance Committees read.
Spokesman for the Islamic Jihad Movement, Daoud Shihab, echoed the comments in a separate statement, dubbing the assault a real uprising and an expected retort to Israel’s mounting vandalism against Muslims.
The Palestinian Mujahideen Movement acclaimed the heroic retort, calling for similar reactions to face up to the Israeli occupation in the West Bank.
“When our holy city of Jerusalem and al-Aqsa Mosque are at stake, our reactions become quite unexpected,” the group’s spokesman Salem Atallah stated.
Source: Farsnews