You are here: Home / Senza categoria / French fighters in IS call muslim countrymen to join group, carry out Attacks in France 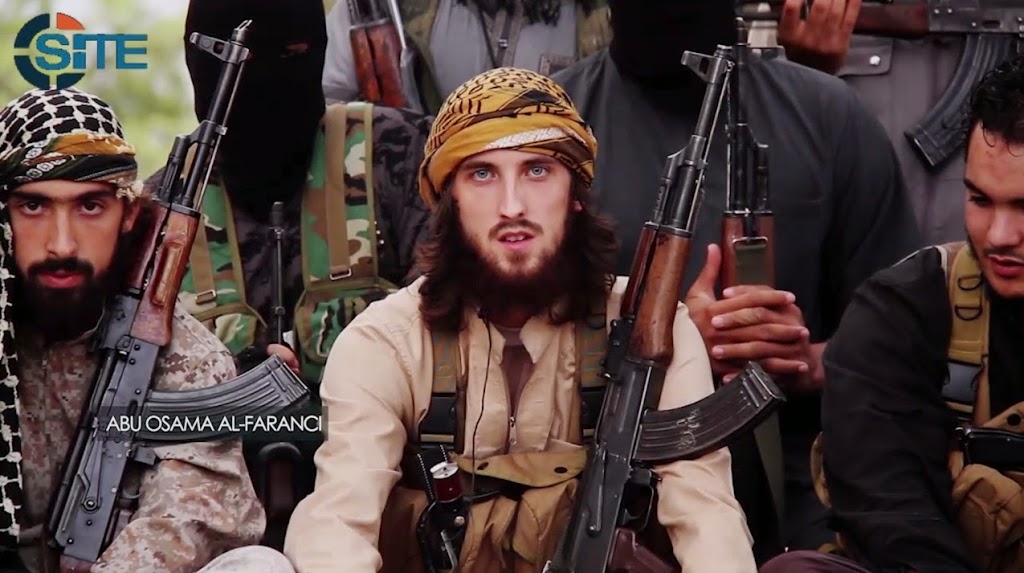 Three French fighters in the Islamic State (IS) urged the Muslims among their fellow countrymen to travel to Iraq or Syria to join the group, and told those unable to do so to carry out lone-wolf attacks in France, suggesting to poison food and water and to drive over victims.

The 7 minute, 19 second, English-subtitled video, entitled, “What Are You Waiting For,” was produced by the group’s al-Hayat Media Center, and was distributed on Twitter and jihadi forums on November 19, 2014.

“The calls from these fighters—particularly those for lone wolf attacks—echo Islamic State spokesman Abu Muhammad al-‘Adnani’s September message in response to coalition airstrikes,” says SITE Director Rita Katz. “The spokesman’s speech is especially relevant as France was among the countries suggested by him to attack, along with America, Australia, and Canada.”

Footage shows the men burning their passports and then sitting together as they give speeches. The three speakers are identified as Abu Osama al-Faranci, Abu Maryam al-Faranci, and Abu Salman al-Faranci.

Each of them implore Muslims to come join the IS under its “Caliphate,” and to make this travel before they are unable. If they cannot come, one of the men, Abu Maryan, suggested carrying out attacks at home, in France.

Terrorize them and do not allow them to sleep due to fear and horror. There are weapons and cars available and targets ready to be hit. Even poison is available, so poison the water and food of at least one of the enemies of Allah. Kill them and spit in their faces and run over them with your cars. Do whatever you are able to do in order to humiliate them, for they deserve only this.
Source:  siteintelgroup