You are here: Home / Senza categoria / Ground troops in Iraq, yet again? 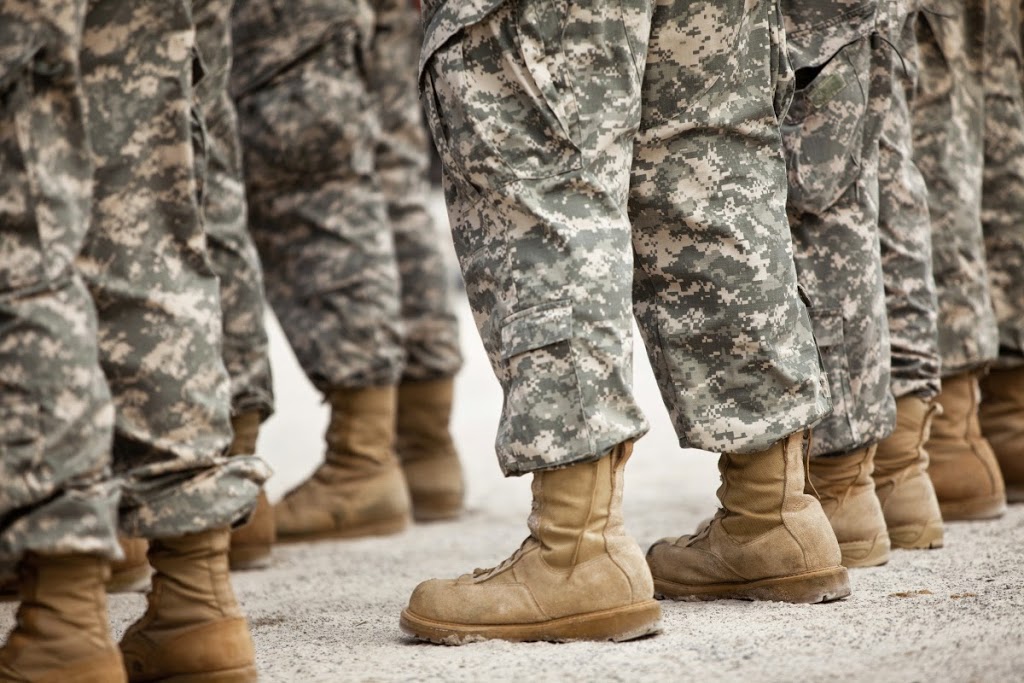 Three years after US troops left Iraq, Washington is considering reintroducing ground troops to fight the Islamic State (IS). Not advisers, not beefed up embassy details; regular infantry and special forces battalions.

The Islamic State’s bold victories contrast with the tired proclamations of aging al-Qaeda leaders and with the dismal defeats suffered by Arab armies over the years.

Compelling as the arguments for the deployment of US troops may be, caution is in order. The quick defeat of the Iraqi army in 2003 was followed by immense and unmanageable problems. The same may happen with a new round of US intervention.

IS forces and the war against them
It might be said that US troops have been less than successful against insurgents in Afghanistan, Iraq, and Vietnam. That may give rise to the conclusion that an Iraq redux will fare no better.

However, IS forces are not insurgents. As a putative state, they fight in the open in large units, rely upon routine logistical systems, use armor and artillery, and maneuver as would conventional units. The most important characteristic of an insurgency is substantial support from local populations, and IS has little if any. Indeed, it is widely despised for imposing an austere form of Islam of dubious provenance on the hapless inhabitants of towns and villages it captures.

If put into Iraq again, US troops will face conventional forces against which they are well trained. Hence, a more useful comparison will be the US fight against Iraq’s army in 1991 and 2003 – wars in which US maneuverability, firepower, and unit cohesion overwhelmed the enemy in a shockingly short period of time. Regardless of one’s perspective on the desirability of American intervention, their effectiveness in conventional operations is unmistakable.

Ground operations
American forces may be used in several ways. Operations will of course include some indigenous troops whose contributions will be prominent in Iraqi and American public affairs presentations.

Conventional land operations: First, troops can be deployed on the long front with IS. The militants are badly outnumbered and overstretched; US and allied troops can mass overwhelming numbers at several points. These may be on main roads, around key towns, and near assets such as dams and power stations.

Such drives will force IS to withdraw rapidly or concentrate troops for a major battle. Whether in retreating convoys or defensive positions, IS troops will be vulnerable to airpower. These operations will seek to replicate the battles of Baiji and Kobane, where IS troop concentrations were hit hard by from the air.

Commando operations: Quick insertions by air-mobile or airborne units, perhaps no more than a few hundred, can attack IS command and control centers, logistical hubs, training bases, and economic assets well behind the lines and even in Syria. These strikes would be of short duration and designed to maximize IS casualties and the destruction of its assets. The threat of such operations will force IS to keep more troops off the lines with adversaries, making regular ground operations against IS more effective.

Large-scale insertions: There may be a bolder effort to force IS into large-scale battles by inserting thousands of troops into key towns along the Syrian-Iraqi border, again either by airmobile or airborne landings. This would confront IS with the dilemma of fighting large-scale battles – even larger than Kobane and Baiji – or seeing their forces divided in two.

There are risks for US troops as well. They would be isolated and would have to supplied by air. However, owing to the US’s airpower and ground force, large-scale battles will not favor IS.

Any of these operations will be designed to inflict serious and perhaps unsustainable casualties and break the aura of invincibility and inevitable victory that IS enjoys with Islamic youth. Simultaneously, the attacks will bolster the confidence and aggressiveness of Iraqi and Kurdish forces. However, a complete victory over IS will prove elusive as it has options in both Syria and Iraq.

Risks and problems
It should be apparent to policymakers in Washington that their plans in the region have not always worked out. Some potential problems readily occur and might diminish any promise of a short-term operation that may be circulating in the corridors of national security bureaus.

Islamist recruitment : Reintroduction of ground troops will underscore prevalent narratives in the region proclaiming that the US is trying to humiliate and subjugate the Islamic world. This can boost recruitment for IS and kindred militant groups throughout the region. It is already widely believed that IS and al-Qaeda were created by the US and Israel to weaken existing states. Renewed ground operations will be interpreted as an obvious followup in the grand scheme.

Reluctant allies : Instead of strengthening the resolve of Iraqi and Kurdish troops, American ground troops may have the opposite effect. Indigenous forces, content to let American troops and airpower assume the burden of the fighting and casualties, will be tempted to be less aggressive. Their reluctance to fight will be supported by the calculation that Iraqi and Kurdish troops may well fight each other in the near future as issues of autonomy return to the fore.

Involvement in Iraqi politics : US troops will almost certainly find themselves enmeshed in sectarian hostilities once more. This was the case in 2003 when the fall of Saddam Hussein’s Sunni regime brought a Shia majority to power, which then pushed their former oppressors into the margins. The Sunnis are now seeking autonomy from their sectarian foes and will press for US support.

The US will be inserting itself into the conflict between the Kurds and the Baghdad government. The Kurds already have their own army, flag, constitution, and oil pipelines, and they now seek greater autonomy, if not independence. There is the further problem of Sunni land and oil infrastructure seized last summer as the army retreated from the IS offensive.

Advancing Kurdish and Iraqi army units are destroying the dwellings of Sunnis and pushing residents into Anbar province. Amid increasingly intense ethnic and sectarian politics, the US mission could find that intervention will become an open-ended peacekeeping mission – or worse, US troops will face the wrath of one or more of the antagonistic groups.

IS responses
Faced with superior ground troops, and powerless against airstrikes, IS may abandon conventional warfare operations in Iraq. This will not come easily to an organization that sees itself ordained to conquer and rule the region.

IS may retreat into urban hideouts and wage a bombing campaign against US troops and the Shi’ites. This would be done with the help of extant Ba’ath party and army networks, which have helped IS and its al-Qaeda predecessors since the 2003 invasion. IS may also benefit from the support of Sunni tribes whose efforts to get support from Baghdad and the US have thus far brought little.

IS in Syria : Efforts to find reliable troops in Syria to carry on the war against IS have not met with success. Some Free Syrian Army leaders, fearing that they will be seen as US proxies, have even rebuffed Washington’s appeals. American success in Iraq, then, may set the stage for a protracted war with IS in Syria. This in turn may tempt Washington to launch ground offensives into Syria.

Iran
An increased US presence in Iraq will set off alarms in Iran – despite the fact that the US and Iran are on the same side regarding IS in Iraq. Combined with Republican gains in the US Congress and the growing possibility of a Republican president, Iranians will look warily to their west and rethink the diplomatic opening with the US.

However, US-Iranian cooperation against IS in Iraq, limited and unheralded though it is, may prove useful to Iran. The same can be said of US-Iranian cooperation to the east in Afghanistan, where Tehran’s support for northern peoples’ fight with the Taliban predates the US entry in 2001. This makes Iran important in limiting Taliban efforts to regain much of the country as International Security Assistance Force troop levels dwindle. A neoconservative-influenced White House in 2017 may find itself handcuffed in its dealings with Iran by ongoing events in Iraq.