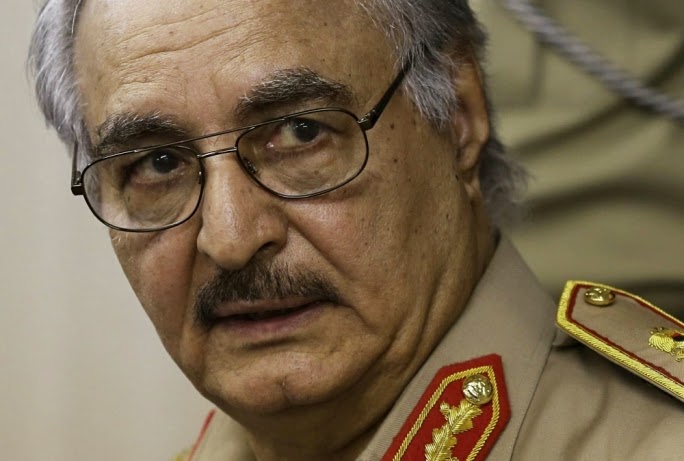 An anti-Islamist Libyan general, Khalifa Haftar, said he has given himself two weeks to take Benghazi and three months to recapture the capital Tripoli.

The strongman who this week was has been reinstated into the National Army, is allied to the Libyan parliament and has been battling Islamist militias who took control of the war-torn country’s biggest cities this summer after their defeat in elections.

Forces loyal to Haftar and Prime Minister Abdullah al-Thani are fighting for control of Benghazi in the east and have launched an offensive against Islamist positions west of the capital.

“For Tripoli we are only at the beginning,” Haftar told the Italian daily Corriere della Sera. “We need more men and more supplies and weaponry.”

“I have given myself three months, but maybe we will need less. The Islamists of Fajr Libya (Libya Dawn) are not difficult to fight, no more so than the Islamic State at Derna,” the town in the east of the war-torn country which has become a base for militants affiliated to the extremist group who control swathes of Syria and Iraq.

“But the priority is Benghazi,” Haftar said. “The Ansar Asharia (Islamist militia) is battle-hardened, that takes more work, even though we control 80 percent of the city and we are pushing forward,” he added.

The general wants parliament and al-Thani’s internationally-recognised government, now based in Tobruk, close to the Egyptian border, to come back at least to Benghazi. “I have given myself a deadline of December 15,” he said.

More than three years after dictator Moamer Kadhafi was toppled and killed in a NATO-backed revolt, Libya is awash with weapons and powerful militias, and has rival governments and parliaments.

“The Tobruk parliament is the one elected by the people. The one in Tripoli is an illegal assembly where the Islamists want to turn back history,” Haftar insisted.

“But the real danger comes from the fundamentalists who want to impose their will everywhere. If Ansar Asharia takes power here, the threat will come to you in Europe, in your houses,” he said in the interview, given close to Benghazi.

“Egypt, Algeria, the Emirates and Saudi Arabia have sent us arms and ammunitions, but only their older technology. We are not asking you (Europeans) to send us ground troops or bomber aircraft. If we have adequate military equipment we will manage,” he added.