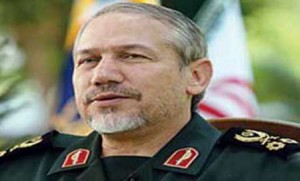 Top Military Aide to Iran’s Supreme Leader Major General Yahya Rahim Safavi said to IRNA that 80,000 missiles belonging to the Hezbollah of Lebanon are ready to be fired at Haifa and Tel-Aviv in the Occupied Lands.

‘If Zionists wish to do anything wrong (about Iran), we will rase Haifa and Tel Aviv to the ground,’ said the General while speaking in a televised program on Wednesday night.

Noting that Zionists ‘cannot make any military problem for US,’ the General said, ‘Iran is powerful and will give a crushing and unexpected response to any possible attack.’

‘Iran has not shown its full military power yet,’ said the General noting that the naval forces of the Islamic Revolution Guards Corps (IRGC) have been closely monitoring US submarines’ moves in the Persian Gulf region.

Recalling latest statements made by the Leader of the Islamic Revolution Ayatollah Seyyed Ali Khamenei, Rahim Safavi said with the help of its friends, Iran has the power to rase Haifa and Tel Aviv to the ground in case of a military aggression against the country.’

Noting that US and its allies are making propaganda fuss, the General said Zionist leaders ‘are reasonable enough to avoid making any mistakes.’

He added that regional unrests has roots in US and its allies’ intelligence Agencies activities which are being made in coordination with certain regional states.

US is to provoke separatism in the region by using the extremis groups, Rahim Safavi said.

Calling for solidarity among regional countries, the General noted that Iran’s military power is for deterrence.