You are here: Home / MidEastGulf / 800 Yazidi children are training in ISIS camps 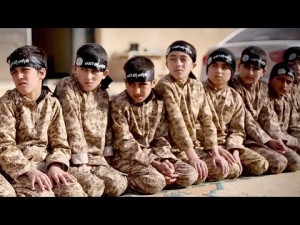 An official in the Abducted Yazidis Bureau, Hussein Qaiada, announced on Thursday, that more than 800 children held by ISIS are training in camps belonging to the ISIS organization, noting that the total number of Yazidi detainees held by ISIS amounts to three thousand detainees.

Qaiada said in a statement obtained by IraqiNews.com, “More than three thousand Yazidis are still being held by the ISIS,” noting that, “During last year, 2331 people were freed from the grip of ISIS with the help of the Kurdistan Regional Government, including 316 men, 867 women and 1148 children.”

Qaiada added, “More than 800 Yazidi children did not exceed the age of 15 years are training in ISIS camps,” pointing out that, “These children in the grip of ISIS would be a major threat to the future.”

He continued, “The Iraqi government did not provide assistance so far to save the Yazidi detainees,” urging the international community to “intervene to save what remains of the Yazidis.”