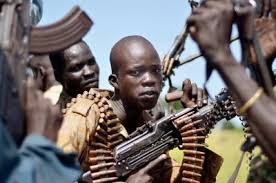 Eighty civilians, including 57 children, were killed in just one county in South Sudan between October 4 and 22, according to a group of humanitarian organizations monitoring civilian casualties in South Sudan.

Twenty-nine of the children drowned after running into swamps to hide from attacks in Leer County, Unity State. The Protection Cluster, a humanitarian coordination group that includes 60 local and international organizations, reported there were also rapes, abductions, and indiscriminate shooting at civilians.

“Widespread sexual violence was also reported, with contacts on the ground reporting over 50 cases of rape. IDPs (internally displaced people) further reported that Government forces shot into swamps at fleeing civilians, burned houses, and abducted women and children,” says the report by the Protection Cluster.

The latest incidents took place following a brief takeover of Leer town by rebel forces on 2 October. Government forces pushed the rebels out later that day, the Protection Cluster said.

Press reports earlier this month quoted survivors as saying that government forces then attacked numerous locations across the county, chasing civilians into swamps. The victims are members of the Nuer sections of southern Unity State.

The same ethnic group was targeted in attacks earlier this year. According to published reports by the UN Mission in South Sudan, the UN Children’s Agency and Human Rights Watch, government forces and allied militia killed dozens of children in offensive operations in Unity State between April and June this year.

South Sudan’s military spokesman, Col. Philip Aguer, said Saturday that he had no reports of fighting in Leer County.

The new attacks have separated many children from their families in Unity State. “As a result of this new wave of violence, it is estimated that nearly 1,200 children are unaccompanied and separated in southern and central Unity State,” the Protection Cluster said.

At least one aid worker was killed in the new violence and all aid organizations have suspended their operations in the county.