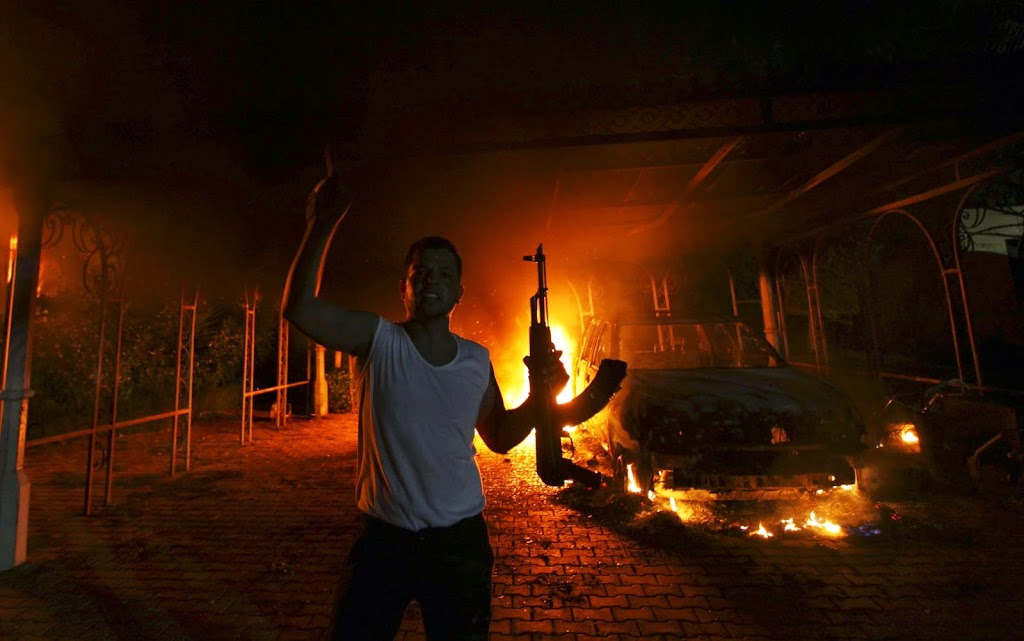 About 400 people have been killed in few weeks of heavy fighting between Libyan pro-government forces and Islamist groups in Libya’s second-largest city Benghazi, medical staff said on Saturday.

Backed by forces led by a former general, the newly formed government army launched in mid-October an offensive against Islamists in Benghazi, expelling them from the airport area and from several camps the army had lost during the summer.
In the past three weeks, the fighting has centred around Benghazi’s commercial port where pro-government forces say Islamists are holed up. The port has had to close, disrupting food supplies in the eastern city.
“The death toll has risen to 400,” a source at a Benghazi hospital said, declining to be identified for security reasons.
Medics at other hospitals in the city confirmed the estimated death toll.
The fighting in Benghazi is part of wider turmoil in the North African country. Two governments, each with their own parliament and army chief of staff, are vying for legitimacy, three years after the ouster of Muammar Gaddafi.
In August, Prime Minister Abdullah Al Thinni and his cabinet were forced to leave Tripoli for the east of Libya when group called Libya Dawn seized the capital.
The new rulers set up their own government and parliament, but these have not been recognised by the United Nations and world powers.
The situation has been complicated by the Benghazi fighting where former general Khalifa Haftar has merged his force with the army under a mandate from the elected parliament, which is allied to Al Thinni and also operates out of the east.
Haftar’s spokesman Mohammad Al Hejazi said his forces had surrounded the Islamists in the port area. “All types of weapons including aircraft supporting the infantry are being used to deal with them,” he said.
Western powers and Libya’s neighbours fear the conflict is dragging the major oil producer towards civil war.
Haftar’s forces have planes from Libya’s outdated air force though his opponents say he is backed by Egypt, which is worried about the spread of militants. Haftar denies this.Source:  gulfnews