You are here: Home / Senza categoria / Libyan government forces need international support against islamists
There is grave danger in letting any Islamist group feel it can shoot its way into formal power 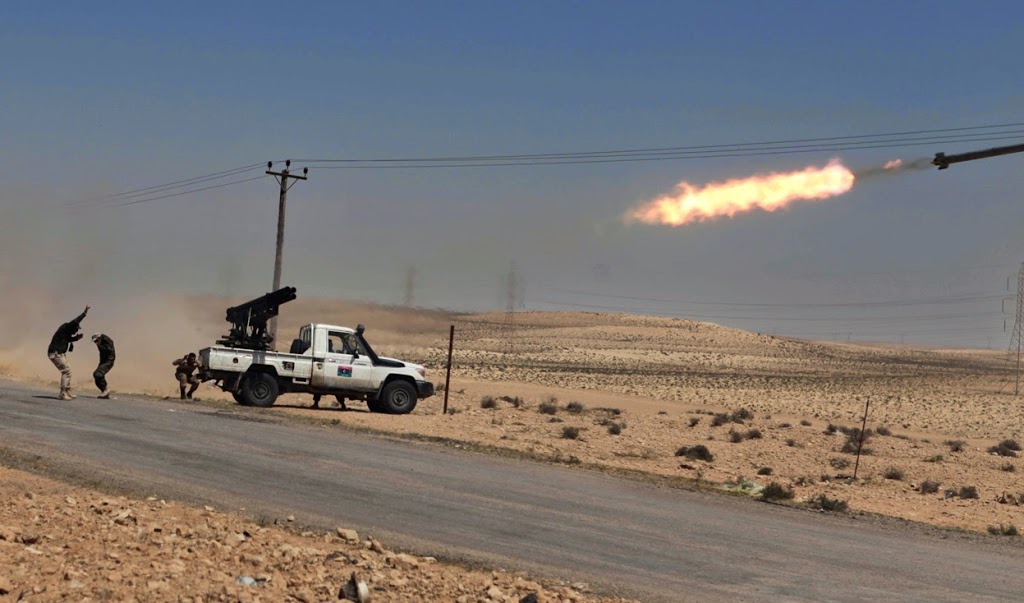 The international community deserted Libya after its liberation from Muammar Gaddafi, leaving the interim government with no armed forces of its own to impose law and order.

It was forced to rely on the various regional militias that combined to remove Gaddafi, which inevitably moved into a civil war that has left thousands dead and displaced almost 500,000 people.

There is a real danger that if the fighting continues, it may well spread into Libya’s neighbours and could drag a much wider region back into chaos.

Egypt is only just recovering from the chaos of its revolutions and Chad and Mali have weak governments with very ineffective control over their vast interiors.

In Libya, the fighting has just settled into two broad alliances: One Islamist, the other pro-government.

More than 400 people have been killed in six weeks of fighting in Benghazi in east Libya after former general Khalifa Haftar merged his force with the surviving government force to successfully assault various bastions of the Islamist groups.

In August, Prime Minister Abdullah Al Thinni and his cabinet had to flee from Tripoli to seek refuge in Benghazi when an Islamist group called Libya Dawn seized the capital.

In the fighting in Benghazi, the pro-government alliance has used air strikes with decisive effect against the Islamists and Al Thinni insists that air power is essential if the government is to recapture Tripoli and he has refused a call from United Nations to halt air strikes against rebel-held positions in Tripoli.

UN envoy Bernadino Leon is seeking to negotiate a peace deal between the government and the Islamists based on the suggestion that they can form a unity government, but there is little hope of either side agreeing as they both feel that they can win through brute force.

The government places great hope on its airpower and the Islamists talk of getting thousands of new reinforcements.

There is a grave danger in letting any Islamist group feel that it can shoot its way into any sort of formal power and the UN will be better working to bolster the remnants of the elected government as represented by Al Thinni and his supporters.