You are here: Home / Senza categoria / AQAP (al-Qaeda in the Arabian Peninsula) condemnation of IS reinvigorates feud among jihadists 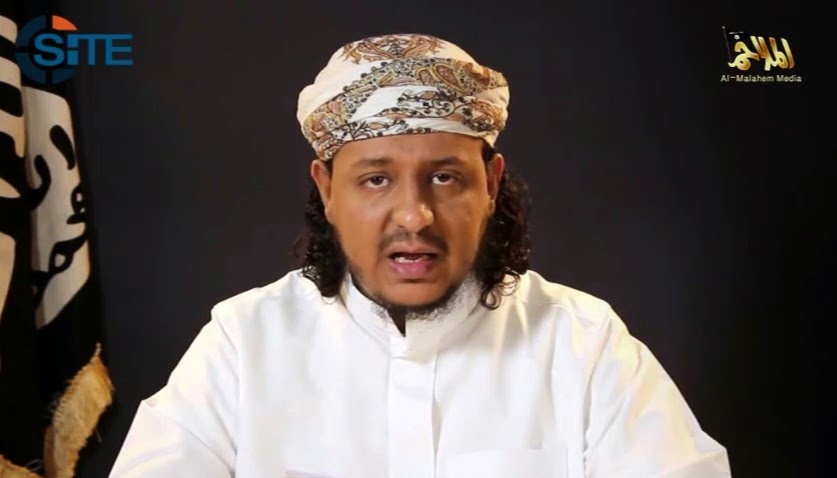 The release of a statement by al-Qaeda in the Arabian Peninsula (AQAP) Shariah official Harith bin Ghazi al-Nadhari, wherein he condemns the Islamic State (IS) Caliphate as illegitimate and divisive, has reinvigorated tensions between IS supporters and AQ supporters stemming from the two groups’ split earlier in 2014.

The video, released on November 21 and titled “A Statement about What was Contained in the Speech of Sheikh Abu Bakr al-Baghdadi ‘Even If the Disbelievers Despise Such,'” served as a response to IS leader Abu Bakr al-Baghdadi’s recent speech, titled “Even If the Disbelievers Despise Such.” In the response, Nadhari challenged the IS Caliphate as invalid:

“Contrary to recent media reports, AQAP’s harsh criticism of the Islamic State and its leader serves as further proof AQ and IS cannot and will not work together,” says SITE Director Rita Katz.

“Islamic State supporters reacted very angrily to the AQAP criticism of the group,” Katz follows up. “This message might have opened a new round in the fight between al-Qaeda and the Islamic State.”

Fighters and supporters have made harsh statements and exchanges regarding the matter on social media, with AQ supporters calling the statement deserved while IS supporters claimed that AQAP—and AQ for that matter—has lost its way.

The Twitter account of “Stop da Fanboyism” tweeted that AQAP’s statement had come after a long period of abuse by IS, stating:

AQAP slapped the lunatics of ISIS on their face. Like what do expect? You try & dissolve their presence from Yemen by a bayaa of 20 fools?
You diss AQ (more or less accuse them of playing with Deen) diss their leaders & make takfir [excommunication] upon some of them then u expect AQAP to b kl
You send fools with money 2 bribe it’s soldiers & try connect with their commanders to make them change sides.. Then you expect AQAP to b kl

To these tweets, user “khilafah witness” rebutted that AQAP had made the same divisive moves in the past, stating, “lol so they were NOT fools when they were with AQAP ? Ehh. Dude u need to shut up lol.”
The same user made an undirected tweet, repeating the same concern:

Y is that brothers were mujahideen wen they were with JAN/AQ/AQAP. But as soon as they give bayah [oath of allegiance] to khalifah, they become fools ?

One pro-AQ user under the name “Abu Jihad” even poked fun at previous predictions that AQAP was going to formally give support to IS. He tweeted:

Similarly, other users posted, “So AQAP, side with the enemy of IS to destroy them,” and “Truly disgusting & despicable to see AQAP pleasing the kuffar and their analysts and journalists with their lastest release!”
In other displays of anger at AQAP’s statement, jihadists and jihadist supporters also began to question the motives and effectiveness of AQAP and other AQ-aligned groups, including al-Nusra Front. One user, “Epic,” tweeted, “What is the purpose of JN and AQAP? What are they trying to achieve?”

Another user, “Abdulrahman Muhajir,” posted “From an analytical perspective Al Qaeda is not the same as before especially afyer the passing of Usamah ibn Laadin.”