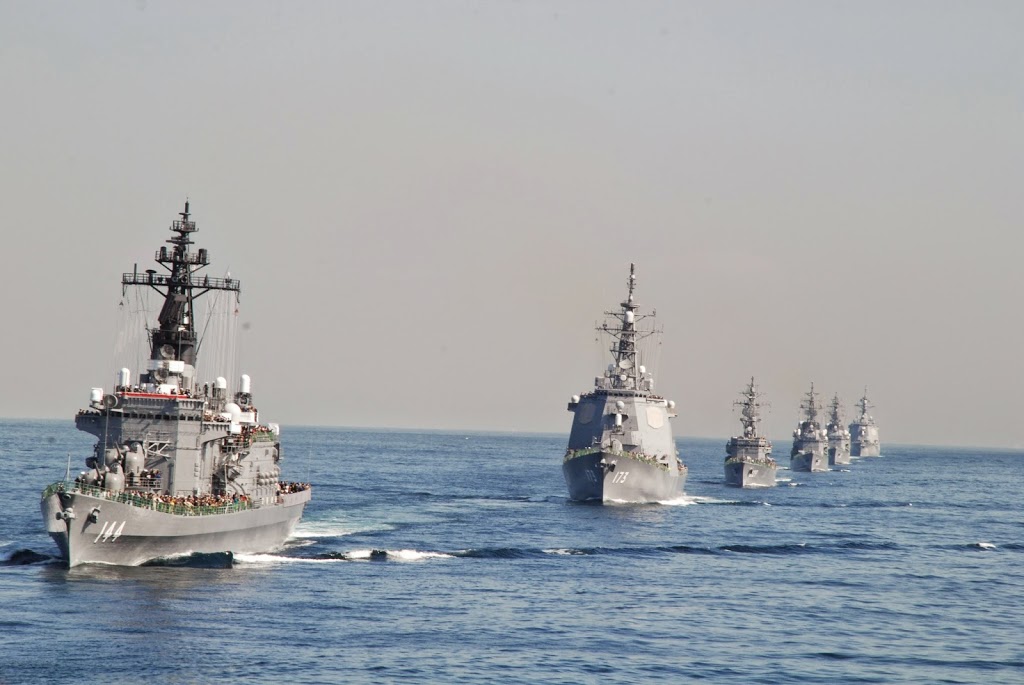 Libyan authorities are unable to halt the illicit trade in oil or the flow of weapons in and out of the country, and they need an international maritime force to help, United Nations sanctions monitors said in a new report.

The confidential report by the U.N. Security Council’s Panel of Experts on Libya, first seen by Reuters on Thursday, will likely increase pressure on major world powers to consider intervention to stop the North African state from spinning further out of control.

“The capacity of Libya to physically prevent (arms) transfers is almost nonexistent and there is no authorization to enforce the arms embargo on the high seas or in the air as there were during the 2011 revolution,” the panel wrote in the report.

The 15-nation Security Council imposed an arms embargo on Libya in 2011 to stop delivery of weapons to the government of former leader Muammar Gaddafi during his crackdown on pro-democracy demonstrations. Under the embargo, the government can import munitions with approval of a council committee.

“The absence of universal enforcement of the embargo, the very high demand for (arms) materiel and the resources and support available to fighting parties to procure materiel indicate that continuing large scale illicit trafficking is inevitable,” the report said.

The panel urged the Security Council to form an international maritime force “to assist the Libyan government in securing its territorial waters to prevent the entry into and exit from Libya of arms … the illicit export of crude oil and its derivatives and other natural resources.”

The Libyan Mission to the United Nations was not immediately available to comment on the report. Reuters could not independently verify the allegations in the report.

Earlier this month, Libya and Egypt asked the United Nations Security Council to lift the arms embargo on Libya, impose a naval blockade on areas not under government control and help build Libya’s army to tackle Islamic State and other militants.

Libya has descended into factional fighting, leaving it almost lawless nearly four years after the fall and death of Gaddafi. Two competing governments backed by militia brigades are vying for control of the oil-producing OPEC member, and U.N.-brokered talks between them have been unsuccessful.

One example cited in the report involved the council’s 2013 approval for Belarus to export 3,000 tons of ammunition to Libya.

The panel wrote that in February 2014 much of the first shipment from Belarus was not only “diverted upon arrival at Tripoli airport by brigades controlling it, but some of the deliveries appear to have been made directly to autonomous armed groups.”

There were 15 other flights from Belarus. “This raises the possibility that further shipments may have been diverted by the Zintani brigades and the panel is still investigating,” it said.

Between the revolution and August 2014, Tripoli airport was controlled by fighters from the town of Zintan, who are loosely allied with the official prime minister and the elected parliament of Libya.

The panel wrote that in March 2014 a shipment of 23 assault rifles, 70 handguns and tens of thousands of rounds of ammunition for the European Union Border Assistance Mission in Libya went missing at Tripoli airport.

The panel said arms proliferation from Libya to Egypt and the Sahel remained “significant,” though transfers of weapons to Syria appeared to have declined.

“Libya is a preeminent source of arms used in criminal and terrorist activities in Egypt,” the panel said in the report. “Transfers of the arms to Gaza through Egypt are also continuing.”

The panel also said the illicit export of crude oil and oil products was providing “funding to the ongoing conflict.”

A year ago the Security Council authorized states to board ships suspected of carrying oil from Libyan rebel-held ports and allowed the Libyan government to request that vessels carrying the oil be blacklisted by the council’s sanctions committee.

“No vessels were designated despite the export of crude oil from ports that are not under the control of the Libyan government,” the report said.