You are here: Home / Senza categoria / The U.S. Campaign in Syria and Iraq: A High Learning Curve 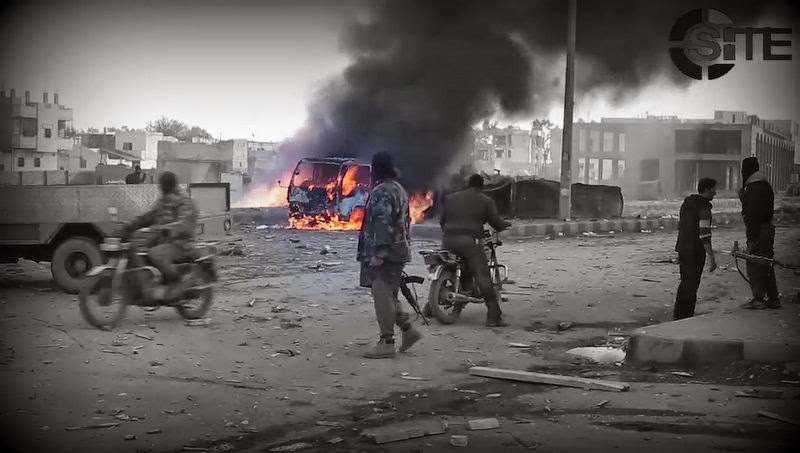 The U.S. is currently in its third month of its strategy to “disrupt and eliminate” the Islamic State. President Obama proclaimed from the outset that the United States would not commit ground troops to the conflict, but would instead conduct a calculated bombing campaign against the Islamic State (IS) and both train and arm designated rebel groups fighting against IS. Currently, the U.S. strategy is revealing some weaknesses.

To start with, the U.S. is quickly running out of options for opposition forces to counter IS. Problematic from the outset due to the splintered and tribal nature of militias throughout Syria, the situation has become dire as al-Nusra Front, al-Qaeda’s (AQ) Syrian affiliate, forced the surrender of the Harakat Hazm militia, a group considered to be under the Free Syrian Army (FSA) umbrella, in the Idlib governorate just over a month ago.

The U.S. had provided the Harakat Hazm militia with weaponry to fight al-Nusra Front and IS, which included TOW anti-tank missiles, and had also allegedly previously spent large amounts of money training its soldiers through a covert program run out of Qatar. After an all-out onslaught by al-Nusra Front on their compound, the Harakat Hazm soldiers fled, joined al-Nusra Front, or were slaughtered. To add insult to injury, al-Nusra Front seized the U.S. weapons that the militia members abandoned as they fled. At the same time, the U.S.-backed Syria Revolutionaries Front (SRF), another FSA-associated group, was also routed by al-Nusra Front in Jabal al-Zawiya.

This leaves the U.S. in the awkward situation where al-Nusra Front and IS are on the verge of controlling most of northern Syria. The U.S. strategy to utilize resistance elements to counter IS is therefore proving quite anemic. Of course, this strategy was fraught with problems, even before the campaign began. Most of the rebel groups in Syria were of an Islamist bent from the outset and not particularly friendly to the U.S. Another problem is that there were no large-size rebel forces to turn to as viable counterweights to IS, not to mention that the U.S does not have adequate intelligence assets on the ground in Syria to properly determine what elements form the membership of the various rebel groups.
The U.S. declared that it was “at war” with IS in August, but a bombing campaign of approximately five sorties a day does not quite resemble a war campaign. The more disconcerting issue about the U.S. bombing campaign, however, is the reverse effect that it is apparently having on the hearts and minds of many of the armed groups opposing the Assad regime.
Many Syrians and resistance fighters are asking why the U.S. is effectively supporting the Assad regime by bombing only IS, al-Nusra Front, and Khorasan Group targets, but not Syrian military targets. There has also apparently been a leakage of an alleged letter from the Obama administration to Iran’s Ayatollah Khamenei, guaranteeing that the U.S. will not strike Assad regime targets in Syria during its campaign. Many rebel groups have gravitated towards or formed alliances with either IS or al-Nusra Front in response to the U.S. avoidance of Assad regime targets.
This leads into a third major dilemma for the U.S.: what is the justification for the U.S. campaign? No one will deny that IS is a heinous, intolerant insurgent and terrorist organization. It slaughters any individuals that it deems to be kuffar (infidels). It treats women like chattel. It has a more intolerant and violent bent than AQ. All of the above accepted, why is the U.S. inserting itself into an absolute mess in Syria—a country that has been its enemy for more than thirty years?
Syria is a country that openly courted terrorists over the years in its capital, Damascus, including Carlos “The Jackal” and Abu Nidal (at one time, there was allegedly even a specially designated hotel/apartment complex were most high profile terrorists communally resided, dubbed by the West as “Terrorist Towers”). Syria is also a surrogate for Iran, a close ally of Russia (and of the USSR, prior to that) and a primary backer of Hezbollah.
To add to all of this, the internal situation in Syria is a quagmire. There are a multitude of splinter groups fighting one another in addition to the Assad regime. Many of these rebel elements were members of militias and terrorist groups that were killing U.S. soldiers in Iraq during Operation Iraqi Freedom.
All of these combined factors should give the United States pause on how deeply it should involve itself in this conflict. This truly is a regional issue and, ideally, it should be addressed by the regional powers, such as Jordan, Syria, Turkey, Saudi Arabia, and Iraq. The U.S. should also be careful to not get drawn in to an extended conflict that drains its resources and, worse yet, tarnishes its image in the Middle East and amongst Muslims in general.
President Obama has wisely declared that he will seek a new legal justification to engage in this conflict. The U.S. is currently utilizing the outdated Authorization to Use Military Force (AUMF) from 2001 to justify its bombing campaign and the training and equipping of specific rebel forces with U.S. weaponry.
The caveat for engaging in foreign military campaigns under the AUMF is that the U.S. is at war with AQ. Although the U.S. has hit the alleged AQ-affiliated entity, the Khorasan Group, they are not truly targeting AQ elements. The target is IS. This will be a tricky legal justification for President Obama as IS has not manifested itself as a threat outside of Syria and Iraq. It has not presented a threat to the U.S. homeland, although its scope may change now that the U.S. has initiated its bombing campaign (one must note, however, that IS has brutally killed three U.S. citizens in the last two months since the bombing campaign started). In any case, an updated congressional mandate for the U.S. campaign in Syria and Iraq will lend much more international credibility to its efforts (achieving this is easier said than done, however).
What the U.S. must be more careful of in the interim are the unintended consequences of its strikes. It does not want to invite further domestic terrorist attacks within the U.S. and, more importantly, it does not want to polarize Muslim world opinion against it. Many are viewing the campaign against IS as another Western war against Islam.
The Assad regime has never been known for its Mother Teresa-like qualities (simply reference its past massacres of entire towns and its ready use of chemical weapons). The bombing of rebel targets and avoidance of Syrian Army targets is drawing many accusations of hypocrisy in the Middle East and around the world. After all, less than one year ago, after Assad’s use of chemical weapons, the Obama administration was threatening air strikes against the Syrian government.
Also, by actively participating in the efforts against IS, the U.S. should take heed to not appear as being in bed with specific regimes in the Middle East region. This will perpetuate views that the U.S. is beholden to its personal economic interests and cow-towing to its economic partners in the Middle East region.
This learning curve, as the U.S. lunges further into the conflict, seems to be growing steeper and steeper.
Source:  Siteintelgroup