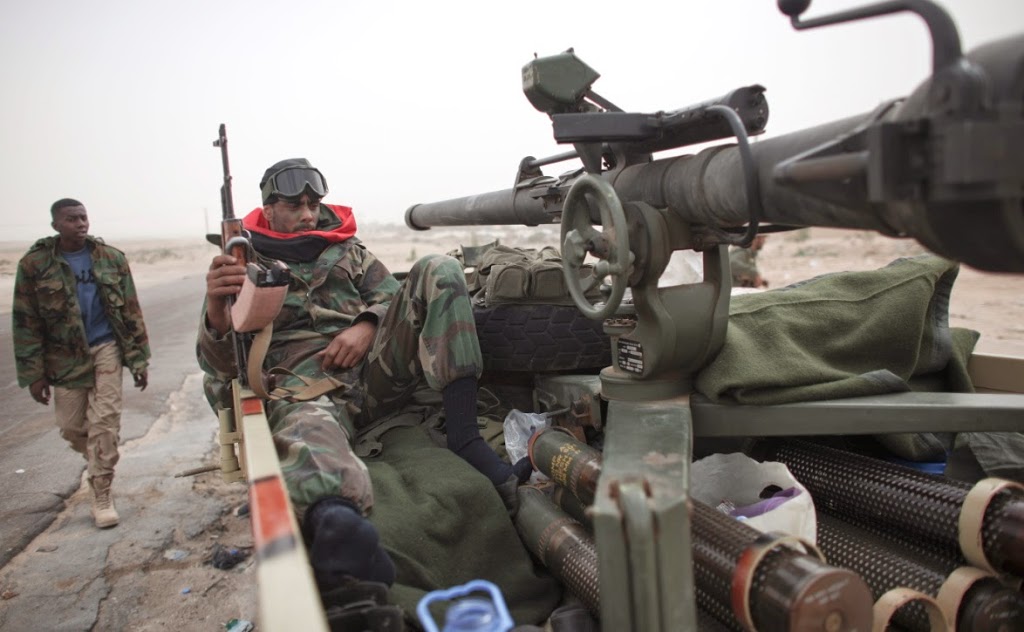 Eight members of the Islamist militant group Libya Dawn were killed on Sunday in clashes against the national army near Zawiya city, according to military sources.
An officer from Libya Dawn said that their fighters were killed during the crossfire with Zintan militias and tribal forces, which have joined the national army in the recent campaigns.
“Their forces tried to penetrate through Zawiya, but we managed to stop them and destroy a number of their vehicles. We also killed a large number of their forces,” the officer said on condition of anonymity.
The source pointed out that Sunday’s attack is the deadliest one in weeks, however “our fighters showed readiness to repel their attacks.”
Militias of Libya Dawn dominate the capital Tripoli after fierce fighting that lasted for more than 45 days, killing 250 people and injuring over a thousand.
After controlling Tripoli, Libya Dawn forces expanded their military operations to the west of the capital, where battles take place almost on a daily basis despite UN calls for a cease-fire and talks.
Western Libyan cities, since November, whiteness clashes and airstrikes carried out by the army’s air force against militias of Libya Dawn to force them to abandon their positions.