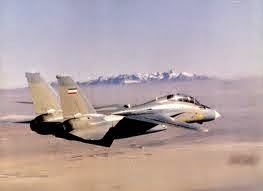 US Secretary of State John Kerry said that “the net effect is positive” of reported Iranian strikes against Islamic State (IS) targets in Iraq.

Kerry emphasized that the United States and Iran are “not only not coordinating militarily right now, but there are no plans at this time to coordinate militarily.”

Arash Karami reported that Iranian officials have also brushed back talk of coordination, with Foreign Ministry spokeswoman Marzieh Afkam stating that she would “not confirm news about cooperation on a military matter,” while an anonymous Iranian official denied the existence of strikes entirely to Reuters.

This column has suggested that a nuclear agreement with Iran would be a catalyst for more expansive cooperation in Syria, Iraq and elsewhere in the region. This seems to be happening, incrementally, even in the absence of an agreement.

As Laura Rozen reported from Vienna, the latest P5+1 talks in the city, before the signing of an extension, gave rise to “cautious optimism that more rapid progress might now be made toward a final accord.” This progress carried over into the seven-month extension that allows the International Atomic Energy Agency expanded access to Iranian facilities and sets limits on R&D for centrifuges, among other conditions.
Kerry, Rice: Syria buffer zone ‘premature’

US National Security Adviser Susan Rice told The Wall Street Journal’s CEO Council this week that a safe zone in Syria, as advocated by Turkey, is “at best premature” and that it “would be a major investment of resources that would be something frankly of a diversion from the primary task at hand.” Kerry similarly referred to a decision on a buffer zone or safe zone as “premature.”

Semih Idiz writes for Al-Monitor that Turkey is unlikely to change its Syria policies until the United States clarifies its position on President Bashar al-Assad, so the friction in US-Turkey ties is likely to continue.
Some clarification of US intentions would no doubt be helpful. The United States has called for Assad to “step aside” since August 2011.

It seems unhelpful, however, for the Barack Obama administration to frame its debate on whether US attacks on IS and terrorist groups in Syria indirectly support Assad — or by extension Iran — and that therefore the United States needs to go after both IS and Assad, intervening on two sides of a civil war. Welcome to the slippery slope.

Better to toss that line of thinking out altogether. Instead, the questions over a buffer zone or expanded investment in the Syrian opposition should be based on a cool-headed assessment of the balance of forces inside Syria, and framed as to whether the United States is prepared to take any action that would likely be opposed by the Security Council, would prolong the war and begin a formal division of the country.

What would it mean for the campaign against IS? And would the United States be ready to take on the Syrian government directly, if the zone or opposition groups were challenged by Syrian government forces? And then what?

For those who cannot reach beyond the simplified view that a decision of such magnitude should be characterized as either “pro-Assad” or “anti-Assad,” rather than an analysis based upon US policy options and potential consequences, it is worth recalling that this column has supported aid to Syrian rebel forces in pursuit of a political settlement; called for the Syrian government’s accountability for war crimes; provided on-the-ground reporting by Syrian correspondents on the rise of discontent in Alawite regions; and, as early as August 2012, and to date, has offered diplomatic strategies for a post-Assad transition in Syria.