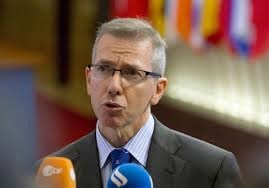 The United Nations will postpone talks aimed at ending Libya’s current crisis in an attempt to include all warring parties in the dialogue, UN Special Envoy to Libya Bernadino Leon announced on Monday.
The dialogue, originally scheduled for Tuesday, will be postponed to next week, to allow time to “discuss some details with various parties in Libya,” Leon said.
Libya has been witnessing a frayed political process after the 2011 turmoil which toppled its former leader Muammar Gaddafi. The country is now juggling two rival parliaments and governments.
According to Libya’s transitional plan, the parliament elected in June, the House of Representatives, has already replaced the former interim General National Congress (GNC). However, the armed Islamist alliance Libya Dawn, which has achieved a series of military progress lately in Tripoli, backs the GNC to resume power and form its own government against the new one.
“The dialogue should be based on respect. So we have agreed that this respect will mean that the representatives from the GNC be attending the dialogue,” Leon said, adding that the two sides have different views and it is difficult for them to sit at the same table to talk.
The previous national dialogue was held in Libya’s southwestern city of Ghadames on Sept. 29. Although most parties attending the gathering agreed on a truce, no cease-fire has actually been reached as fierce clashes still flare in major cities like Tripoli and Benghazi.