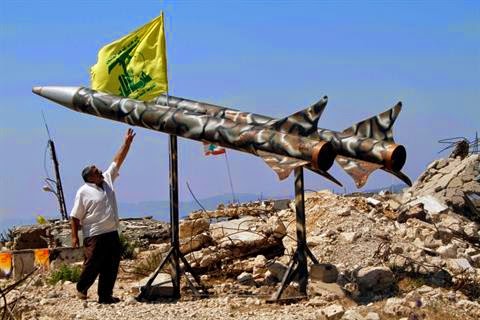 The gradual but ongoing escalation of tension in the Middle East in general, and on Israel’s northern front with Syria and Lebanon in particular, does not delay events on the ground: On Dec. 7, it was again reported (in foreign media) that the Israeli air force allegedly attacked two targets in Syrian territory.

One was on the outskirts of Damascus, evidently in the environs of the international airport. This time, the Syrians — who usually remain silent when faced with events such as this one — officially announced that they were attacked by Israel. A Syrian official who was interviewed by the Arab-Israeli newspaper al-Sinara said that the Syrian response will arrive at a time and place chosen by Syria. Israel officially abstains from responding to these statements.

According to one of the reports, Israel attacked a convoy that was en route from Syria to the Hezbollah in Lebanon; the convoy purportedly contained advanced short-range surface-to-air missiles. Missiles of this sort could limit Israel’s absolute aerial command of the arena. This report also lacks confirmation from any other source.

At the beginning of October 2014, Hezbollah carried out a series of terror attacks against Israel in the Mount Dov sector, and Israeli sources are convinced that Hezbollah will continue adhering to the new rules of the game it adopted vis-à-vis Israel: a response to every Israeli attack, in Israeli territory, and at any price. Israeli army elements are gearing up for such a response that is likely, according to assessments, to be in the form of a terror attack near a border fence in one of the zones of friction with Israel: the Lebanon border, Mount Dov, the Golan Heights (with Syrian encouragement), etc.

Israeli Prime Minister Benjamin Netanyahu did not refer to the attack, but he canceled a planned live video broadcast the evening of Dec. 7 with the Saban Forum in Washington, limiting himself to a short, prerecorded speech due to “events in Jerusalem.”

A high-echelon Israeli security official compared the situation in the northern sector to a giant pressure cooker that bubbles over a small fire. The heat rises, the pressure inside the pot increases, and the pot slightly erupts from time to time to dissipate the accumulating pressure. But it is clear to everyone that until the fire is put out, the danger of a major explosion still remains. At the moment, says the official, the fire has not been extinguished; on the contrary, it has been fanned. A possible explosion is more imminent than ever.

Last week, the Institute for National Security Studies at Tel Aviv University conducted a war game simulation. Israel frequently holds these kinds of simulations in which decision-makers are trained to react in real time to scenarios involving chain reactions of events. This kind of diplomatic-security simulation is attended by fictional representatives of all the players in the field: Israel, countries of the Shiite-axis bloc (Iran and Syria), Hezbollah, the Palestinians, Russia and the United States. Additional groupings represented in the drill include global jihad, the international media, Israeli Arabs and others.

The drill that was held last week was led by Col. (res.) Gabi Siboni, director of the Military and Strategic Affairs Program at the institute, who is also in charge of the cyber field at the Institute for National Security Studies. He created a scenario that opened with a double terror attack of Hezbollah against Israel: one in the northern Golan Heights, one in the Mount Dov zone. The attacks were carried out simultaneously: Israel suffered a number of fatalities, several persons were wounded, and one went missing. Thus, on one fine morning when two such attacks take place, the dubious stability of the entire area is undermined and all the players are likely to find themselves in a comprehensive war within a matter of hours.

In reality, Israel decided (in the course of the simulation game) to respond to the Hezbollah attacks by attacking three “quality” targets in the Bekaa Valley of Lebanon. The targets were attacked and destroyed in the course of the night after the attacks. Hezbollah, on its part, responded with short-range rockets but limited itself to the localities near the northern fence and the northern town of Kiryat Shmona. In Middle East jargon, this is considered a proportionate response, perhaps even a restrained one. Hezbollah is capable of striking almost everywhere in Israel with precise, lethal rockets, but it preferred a proportionate response. Israel, on its part, decided to conduct an aerial operation against Hezbollah’s long-range missile capabilities.

One can recall how the Second Lebanon War in 2006 opened with a deadly Israeli airstrike that eliminated within a few hours the entire repository of long-range Fajar-5 rockets that Hezbollah had amassed and stored in southern Lebanon. The missiles were hidden in residential homes, storehouses, parking lots, and almost all were destroyed in a surgical airstrike carried out by the Israeli air force. The attack relied on high-quality and precise intelligence.

This time, in the course of last week’s simulation, Israel limited itself to a sample strike: It attacked a few missile repositories, but did not expand further the target scope. Here, too, the response was proportionate.

After this chain of events, it was evident that both sides wanted a cease-fire. International involvement encouraged this desire and turned it into reality. A comprehensive war was averted. Even Iran tried not to stir the pot and restrained Hezbollah. Israel absorbed two painful attacks and restrained itself. Hezbollah absorbed several attacks on its territory, and everyone returned to their bases without achieving their goals, but they returned relatively unscathed.

In the course of this role-playing game in Israel, one fact was clear: Israel as well as Hezbollah are not interested in an escalation. Neither side wants to be dragged into a comprehensive war and prefers a policy of containing the events, not escalating them. With regards to Israel, this is almost self-understood. As a democratic country with an open society and a developed economy which is sensitive to fluctuations, Israel is addicted to peace and quiet at almost any price.

But with regard to Hezbollah, this is a bit more surprising. True, the organization is severely overextended on numerous front lines: It is fighting in Syria, it is fighting in north Lebanon, it is fighting several jihadi organizations, mainly the Islamic State, and it can’t really afford another front with Israel. However, the prevailing assessment of the IDF is that the effective Israeli deterrence, the one that kept Hezbollah Secretary-General Hassan Nasrallah in his bunker for eight years, preventing him from really acting against Israel, is dissipating.

Why did Hezbollah avoid a damaging and comprehensive response, which would have forced Israel to remove its kid gloves and cause a lethal chain reaction? The answer is, probably, in Tehran’s hands. If a final nuclear agreement had been reached in November between Iran and the super powers, we might be facing a different reality. But such an agreement was not reached, instead the negotiations were extended and now, the Iranians are playing for time. They prefer not to “waste” their strategic card against Israel — Hezbollah — prematurely.