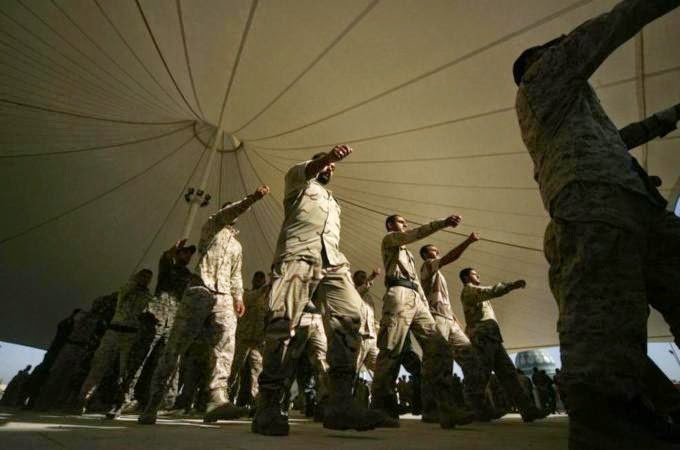 Iraqi Prime Minister Haider al-Abbadi’s campaign to purge the country’s security forces of corrupt commanders and “ghost soldiers” should have a positive impact on the performance of Iraqi troops fighting the Islamic State of Iraq and the Levant (ISIL), security officials and lawmakers say.

Iraq’s security institutions, moulded by the Americans after the 2003 US-led invasion of the country, suffer from inefficiency, a lack of professionalism, and financial and administrative corruption, according to security officials and lawmakers.

In an effort to address the situation, Abbadi last month ordered 10 senior military officers into retirement and dismissed another 26, including the general director of intelligence and security and the air force chief of staff.

In addition, Abbadi revealed last week that there were 50,000 “ghost soldiers” – people who receive a paycheque without showing up for work – on the payroll of four military divisions.

“The most dangerous kind of corruption is that [which] exists in the security establishment,” Abbadi said in a televised parliament session. “I feel sorry for what happened – the soldiers are fighting and being killed and others are receiving salaries.”
Security officials said the number cited by Abbadi includes deserters and missing troops whose cases have been under investigation since June, but whose commanders had not removed their names from the payroll.

“We had four military divisions in northern and western Iraq, which means 350,000 soldiers and federal policemen before the fall of Mosul [to ISIL], but after the June events, the number was no more than 300,000,” a senior military officer who serves at the defence ministry in Baghdad, told Al Jazeera on condition of anonymity.

“Most of the 50,000 troops are still missing because they either [got stuck in] the towns and the villages of the Sunni areas that now under the control of ISIL or were executed [en masse] by the militants.”
In June, ISIL fighters overran Mosul, Iraq’s second-largest city, without any real resistance from Iraqi forces who abandoned their positions and weapons. Days later, ISIL seized the nearby province of Salahaddin and several areas of Kirkuk.

Although ISIL combatants have executed hundreds of Iraqi troops in recent months, Iraqi authorities have only registered them as missing due to a lack of records.

Bahaa al-Aaraji, Abbadi’s deputy, said cancelling the salaries of these “ghost” soldiers has saved more than 120 billion Iraqi dinars ($104m), which had been going into the pockets of corrupt security commanders.

The swift collapse of Iraqi forces in the face of ISIL fighters highlighted the deep-rooted corruption in the structure of Iraq’s security services, sources told Al Jazeera.

“On paper, the number of soldiers of any battalion is 750 troops, but actually, on the ground, there are no more than 200 soldiers and the rest are either ghost soldiers, deserters or missing,” a senior military officer told Al Jazeera on condition of anonymity.

“The commanders did not report the real numbers to keep getting the [ghost soldiers’] salaries, so no one could do anything to stop the collapsing of troops at that time.”

Several military officers said the significant lack of boots on the ground as a result of the ghost soldiers has deeply impacted the performance of Iraqi troops in Mosul, Salahaddin and Anbar.

“The battalion or brigade has to have at least two-thirds of its boots on the ground to attack … but because of the corrupted commanders, the fighting capability of the Iraqi troops was no more than 20 percent,” the senior officer said.
Shia militias and volunteers, responding to the call of Grand Ayatollah Ali al-Sistani, the most revered Shia cleric in Iraq, have played a critical role in supporting Iraqi troops to help stop ISIL’s advance towards the capital.

Since Abbadi’s announcement, Iraqi lawmakers say it is too early to notice significant improvements in the performance of Iraqi troops, but the news of reforms has already raised morale on the battlefield.

“We will not be able to reach the required level of performance in this short time, but this is seen as preliminary steps to rebuild a professional army,” Hamid al-Mutlaq, a member of the parliamentary defence and security committee, told Al Jazeera.

“For sure, [these reforms] have raised the morale of the troops on the fields, and it will be soon reflected on the performance of the troops,” Mutlaq added.