You are here: Home / Africa / 15 killed as militants clash in Somalia 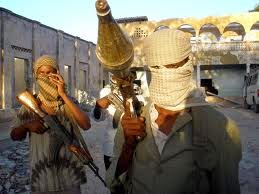 At least 15 people were killed in clashes Saturday between government forces and members of the Ahlu Sunna Waljama’a (ASW) militia in the city of Dhusamareb in Somalia’s central province of Galguduud, a government official has said.

“We have lost 5 soldiers on our side, [while] 10 Ahlu Sunna fighters were killed,” Galguduud governor Hussein Ali told The Anadolu Agency by phone.

He said the fighting erupted late Friday when Ahlu Sunna militants captured the neighboring town of Gureel from government forces.

“Dhusamareb is now under the control of the Somali National Army. We will soon capture the rest of the towns,” he said.

Ethiopian troops based in Dhusamareb did not participate in the fighting, according to the Somali government.

Ahlu Sunna leaders could not be reached for comment.

Ahlu Sunna Waljama’a is a Sufi militant group that controls several areas in central Somalia and is known to fight against al-Shabaab militant group.

Though Ahlu Sunna supports the Mogadishu government, the group accuses it of marginalizing the group.
The latest round of fighting between government forces and Ahlu Sunna militants has been triggered by a disagreement regarding the formation of the new state of Galgadud.

Earlier this year, the country appeared to inch closer to stability after government troops and African Union forces – deployed in the country since 2007 – drove the Al-Qaeda-linked Al-Shabaab group from most of its strongholds.