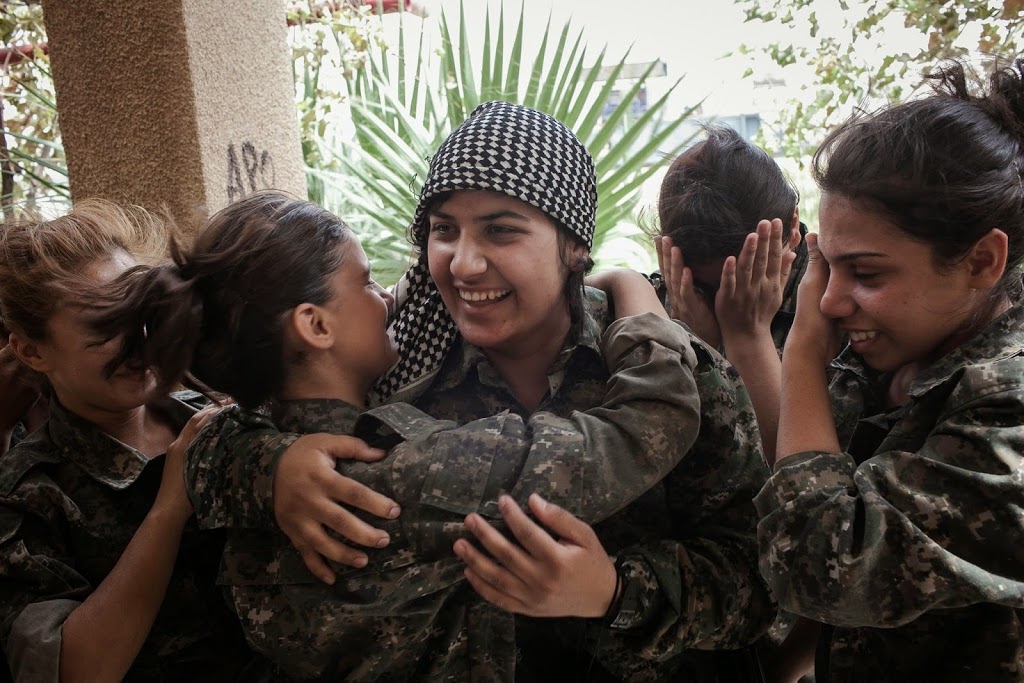 Kurdish forces killed at least 16 ISIS group fighters in an attack on Saturday in northeast Syria near the border with Turkey, the Syrian Observatory for Human Rights said.

The assault targeted ISIS positions south of the town of Ras Al Ain in Hasakeh province, the Britain-based monitoring group added.
Ras Al Ain was the scene of fierce fighting last year before Kurdish forces ousted the ISIS fighters from the border town.
The Observatory, which relies on activists and medics on the ground for its information, also reported clashes at the ISIS-besieged border town of Kobani, some 100 kilometres (60 miles) away.
ISIS fighters, who already control swathes of Syria and neighbouring Iraq, launched an assault on the town on September 16.
But they have been held off by Kurdish People’s Protection Units (YPG) militiamen, Kurdish peshmerga reinforcements from Iraq and US-led coalition air strikes.
The Observatory also said ISIS had beheaded four men in public in the central province of Homs after accusing them of “insulting God”.
Syria’s conflict began in March 2011 with protests against the regime of President Bashar Al Assad, escalating into armed conflict when his forces cracked down hard on dissent.
Nearly four years of civil war ravaging the country have killed an estimated 200,000 people and also displaced half of the population.Source:  gulfnews