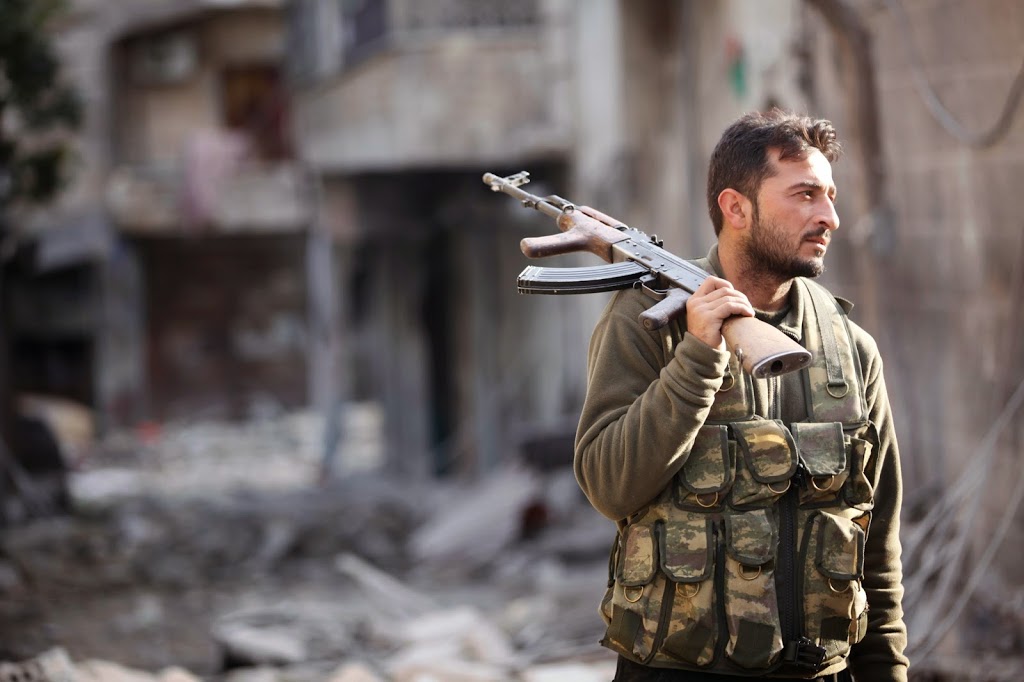 At least 26 rebel fighters were killed Sunday by the Syrian troops in the northern province of Aleppo, a monitoring group said.

The killed rebels were from an array of jihadi groups, mainly the Al Qaeda-linked Nusra Front, Xinhua quoted the Syrian Observatory for Human Rights as saying.

It also added that the Syrian troops advanced Sunday in the northern part of Aleppo, capturing new areas.

Aleppo, once the economic hub of Syria, has seen the most ferocious battles between the rebels and the government troops.

The rebels have controlled almost half of the city and the majority of its countryside while the government troops are fighting to dislodge them from the city.

Besides Aleppo, the Syrian troops also progressed against the rebels in the eastern countryside of the capital Damascus Sunday, mainly the troublesome suburb of Jobar, a main stronghold of the armed militant groups, according to the pan-Arab al-Mayadeen TV.

The TV said that 90 percent of Jobar was exposed to the Syrian troops.

Rebels’ influence in Jobar, two km northeast to the walls of the old city of Damascus, has threatened the heavily fortified capital, since the suburb is next to the government-controlled eastern districts of Damascus.

Throughout the country’s four-year-old civil war, rebels in the suburb have repeatedly attempted to breach the capital.

Over 191,000 people have been killed since the conflict started in Syria in 2011, according to the latest UN report.