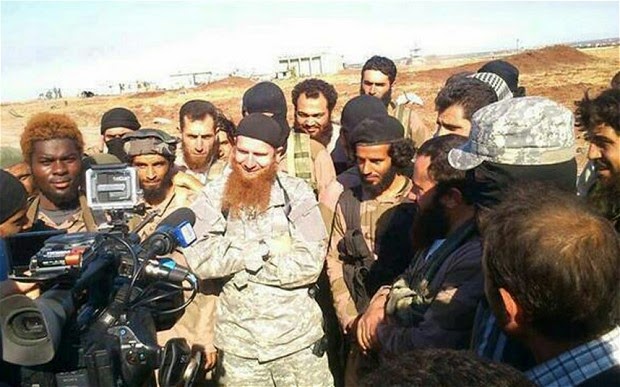 One of the few western prisoners who have returned home from the ISIS-controlled area in Iraq and Syria said a small town in Syria seized by the group has been nicknamed ‘Little London.’

According to the British newspaper ‘The Sunday Times,’ Ahmed Walid Rashidi, Danish charity worker who traveled to Syria, trying to find whereabouts with two British twin sisters who had left Britain and moved to Syria.

Rashidi said that Manbij, a town located in north of Aleppo in northern Syria, is populated by so many foreign fighters, especially from Britain, to the level it has been nicknamed ‘Little London’ or ‘Little Berlin’ among the Jihadists.

Rashidi has pointed out, that English and German are commonly spoken in the small town of Manbij.