You are here: Home / Senza categoria / About 300 Chinese said fighting alongside Islamic State in Middle East 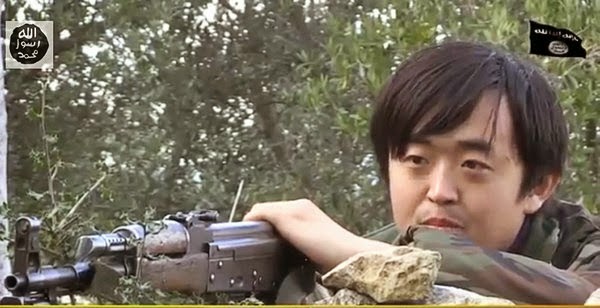 About 300 Chinese people are fighting alongside the Islamic State in Iraq and Syria, a Chinese state-run newspaper said on Monday, a rare tally that is likely to fuel worry in China that militants pose a threat to security.

China has expressed concern about the rise of Islamic State in the Middle East, nervous about the effect it could have on its Xinjiang region. But it has also shown no sign of wanting to join U.S. efforts to use military force against the group.

Chinese members of the East Turkestan Islamic Movement (ETIM) are travelling to Syria via Turkey to join the Islamic State, also known as IS, the Global Times, a tabloid run by China’s ruling Communist Party’s official newspaper, the People’s Daily, said.

“According to information from various sources, including security officers from Iraq’s Kurdish region, Syria and Lebanon, around 300 Chinese extremists are fighting with IS in Iraq and Syria,” the Global Times reported.

Chinese officials blame the ETIM for carrying out attacks in Xinjiang, home to the Muslim Uighur people. But the government has been vague about how many people from China are fighting in the Middle East.

In July, China’s envoy to the Middle East, Wu Sike, cited media reports when he said about 100 Chinese citizens, most of them from the ETIM, were in the Middle East fighting or being trained.

China says ETIM militants are also holed up along the ungoverned Afghan-Pakistani border and want to create a separate state in Xinjiang, though many foreign experts doubt the group’s cohesiveness.

Instead, human rights advocates argue that economic marginalisation of Uighurs and curbs on their culture and religion are main causes of ethnic violence in Xinjiang that has killed hundreds of people in the past two years.

China has criticised the Turkish government for offering shelter to Uighur refugees who have fled China through southeast Asia and said such a channel creates security risks.