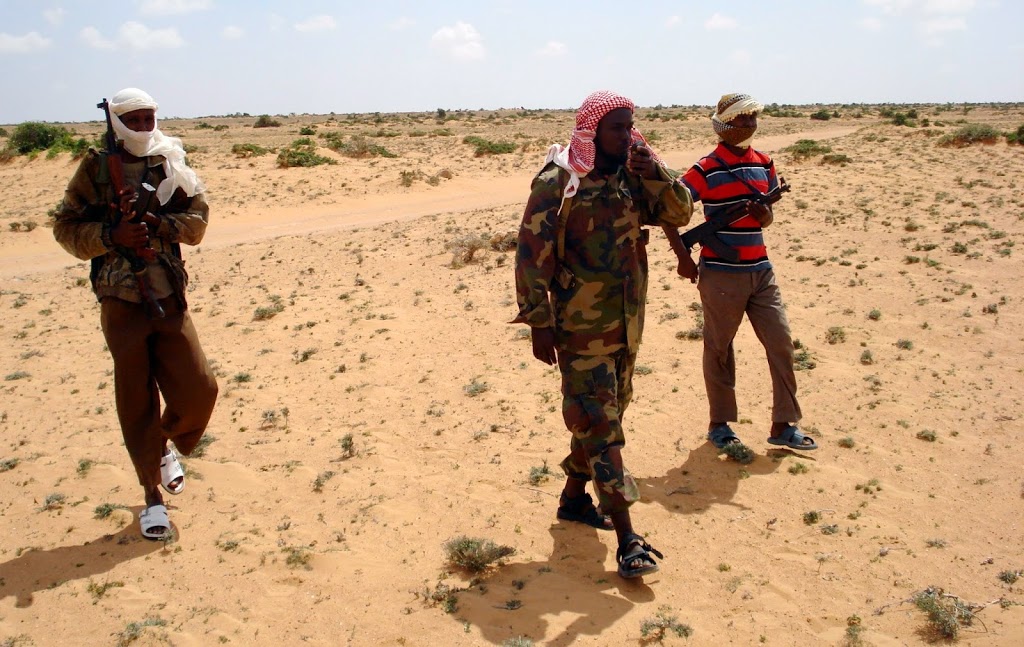 Al-Shabaab militant group on Monday captured the strategic town of Wabho in Galguduud region in central Somalia after Ethiopian troops pulled out.

“Wabho has been retaken by Al-Shabaab; it is now under the control of Shabaab fighters,” Hussein Ali, a Galguduud regional government official, told The Anadolu Agency.

“Both the Somali army and Ethiopian soldiers are no longer in control,” he admitted.
According to Ali, there was no fighting at all.

“The Ethiopian army just decided to move out of Wabho,” he said.

Ali said Ethiopian troops had earlier been ambushed by Al-Shabaab militants in Gorof, a town close to Wabho.

It was not immediately clear how many Ethiopian troops were killed or injured in the attack, if any.

The Ethiopians are part of the African Union Mission in Somalia (AMISOM) and were instrumental in the liberation of towns previously held by Al-Shabaab in Galguduud.

At least ten people were killed on Monday in clashes between Somali army troops and Al-Shabaab militants in two villages outside capital Mogadishu.

The militants had attacked army bases in Warmahan and Tihisile villages before being repulsed after fierce exchanges of fire.

A website close to Al-Shabab, however, claimed the group’s fighters had killed 14 government soldiers and destroyed three government vehicles in the melee.

On Sunday, Al-Shabaab militants attacked the main military base of the AMISOM in Mogadishu, but there were no reports of casualties.

Although Al-Shabaab was pushed out of Mogadishu by African peacekeepers and the Somali army, the group has continued to target government officials and foreign troops in the city.

Earlier this year, the country appeared to inch closer to stability after government troops and African Union forces – deployed in the country since 2007 – drove Al-Shabaab from most of its strongholds.