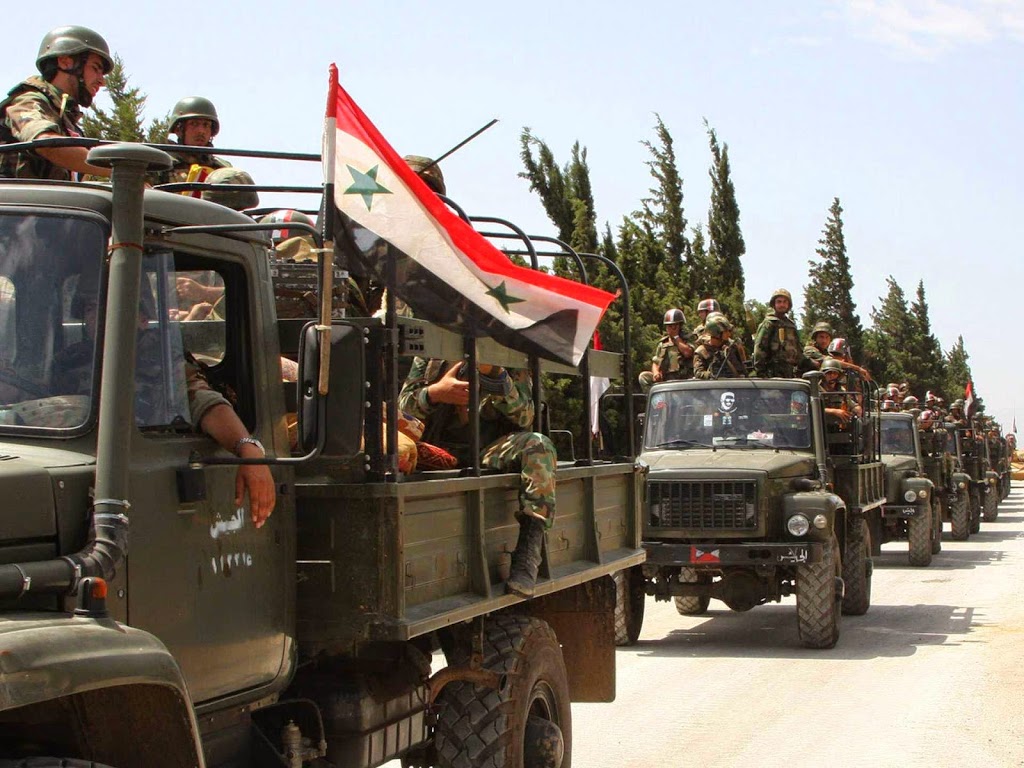 Syria’s army seized an area north of Aleppo on Sunday and killed insurgents in battles for the strategic territory, a group monitoring the war and state media reported.

Syria’s second city is at the heart of a fierce battle between pro-government forces and a range of insurgents, including Al Qaeda’s Syria wing, extremist brigades and Western-backed rebels.

Pro-government forces captured an area east of Al Malah farms outside Aleppo and is now aiming to secure parts in the west and cut off insurgent supply lines into the city, the Britain-based Syrian Observatory for Human Rights said.

It said 21 fighters from extremist groups including Al Qaeda’s Nusra Front were killed when Syria’s army attacked their positions with backup from local and foreign militias.

It added that there were also battles south and east of the city.

Syria’s state news agency said the army was tightening its “grip on terrorists in Aleppo after
new advances.”
It said pro-government forces had captured all of the Al Malah area as well as areas south and west of Handarat town in the countryside and reported that a “huge number” of enemy fighters had been killed.

Western diplomats have voiced concerns about the ceasefire plan, saying it could be used by the government to take full control of the city and force rebels to surrender, as it did through a previous initiative in the central city of Homs, and then direct its forces elsewhere.