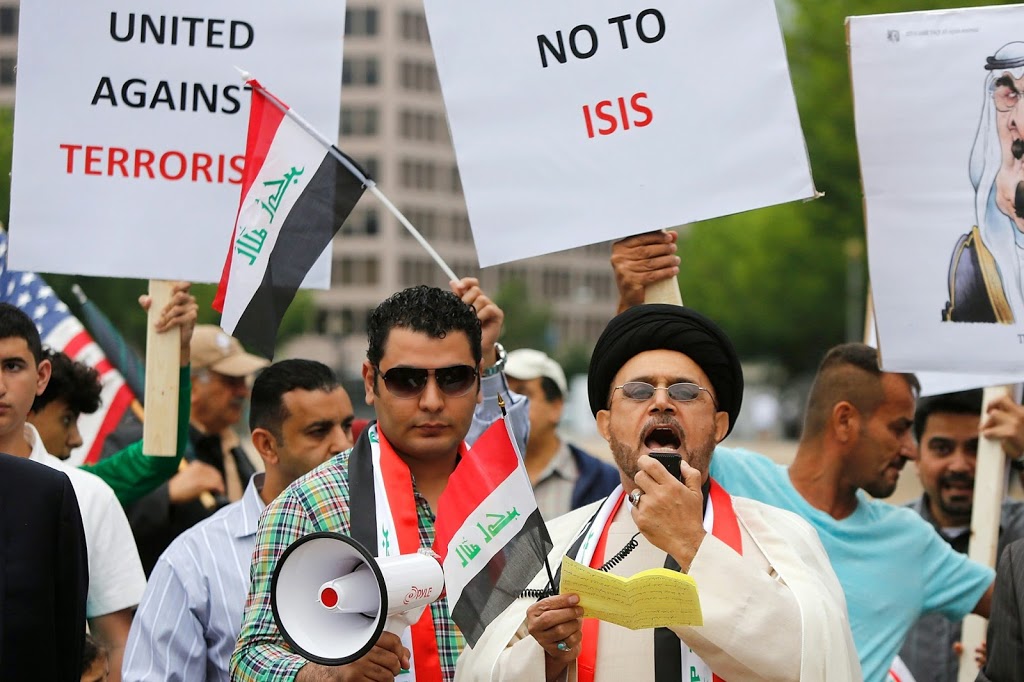 Despite all the negative developments concerning extremist groups in the Middle East, they have had a positive impact on religious communities. Shiite and Sunni institutions in Egypt, Iraq, Saudi Arabia and Iran agreed to denounce and condemn extremists, deeming their acts to be in direct conflict with Islam.
The extremist voices calling for the killing of other Islamic denominations have been drowned out by calls for moderation, dialogue and cooperation.
The past three weeks have witnessed three major conferences to combat religious extremism in the Middle East. The Iranian city of Qom, the Vatican and Cairo have each hosted conferences one at a time. Senior clerics from different Islamic sects took part in these conferences and stressed the need for joint action to combat extremism and militancy.
The Pontifical Councils initiated the interreligious dialogue under the auspices of Pope Francis and held the Catholic-Muslim summit titled “Muslims and Christians: Believers living in society,” Dec. 2-4. The conference was attended by senior Christian and Muslim clerics of every stripe.
In the same vein, during his visit to Turkey on Nov. 28-30, the pope called upon believers of all religions to differentiate between religiosity and intolerance and to reject all forms of extremism and fundamentalism that use religion. He also urged Muslim clerics to condemn the brutal acts of the Islamic State (IS) that are being committed in the name of Islam.
Cardinal Jean-Louis Tauran, president of the Pontifical Council for Interreligious Dialogue, said that on Dec. 5 he had received promising and encouraging messages from Muslim scholars who attended the conference. They called for the need to understand and interpret the sacred texts in their historical contexts rather than literally apply them, which could lead to uncivilized actions. The cardinal urged for developing the dialogue between religious and nonreligious individuals so as to reach a comprehensive agreement between citizens in their communities.
Al-Monitor spoke to Jawad Al-Khoei, who attended the summit in his capacity as a representative of the Iraqi Council for Interreligious Dialogue. He said that preserving religious and cultural diversity in Iraq is one of the top priorities for the religious authority in Najaf. He said that ever since the establishment of this hawza (traditional Islamic school) 10 decades ago, not a single fatwa was issued against other religions or other Islamic sects and it has never taken a sectarian or extremist stance on any issue or against any other religious denominations.
Another summit was held on Nov. 23-24 in Qom titled “The World Congress on Extremist and Takfiri Movements in the Islamic Scholars’ View.” The conference was attended by Iranian and non-Iranian Sunni clerics.
Some academic institutions and universities in the city took advantage of this opportunity to host certain Sunni Iranian clerics who have visited the city for the first time, including Molavi AbdolHamid, who is the Friday imam of the city of Zahedan, and a senior theologian and cleric in the Balochistan region of southeastern Iran.
AbdolHamid was made famous when he brokered a deal with the extremist group Jundallah to release the Iranian soldiers they had kidnapped in May. Moreover, in October, he sent a message to the Saudi king imploring him to abolish the death sentence against Sheikh Nimr, a Shiite cleric.
Cairo hosted “Al-Azhar’s International Counterterrorism Conference” Dec. 3-4, which was inaugurated by Grand Imam of Al-Azhar Sheikh Ahmed el-Tayeb. In the conference’s final statement participants stressed the “importance of reforming the religious rhetoric, developing educational curricula, correcting some Islamic concepts such as the jihad, the Islamic Caliphate and the Islamic State that are being distorted by armed extremist groups.”
In a statement issued on Nov. 12, Hashemi Rafsanjani, chairman of the Expediency Discernment Council of the System, criticized the cursing of the Sahaba (the companions of the prophet) and the celebration of Omar bin al-Khattab’s death, a ritual among some Shiite extremists. He said that these practices have led to the emergence of al-Qaeda and IS.
These developments are proof that there is a will to enact reforms within the religious system, whether Sunni or Shiite. However, these reforms came a little too late in light of the sweeping political, social and economic crises in the region since the establishment of the modern state, following the fall of the Ottoman Empire. This is not to mention the impact of irresponsible actions of Western states and their allies in the region on the emergence and development of extremism. The most obvious example is the emergence of al-Qaeda in Afghanistan and its growth in light of the joint support on the part of the United States and Saudi Arabia before the organization turned against its former supporters.

Today, the sweeping wave of extremist groups and organizations has paved the way for religious reforms moving away from radicalism. However, the outcome of these reforms depend on future political developments in the region, and the extent of change in the West’s approach with the region, whether based on humanitarian solidarity or utilitarian imperialism.