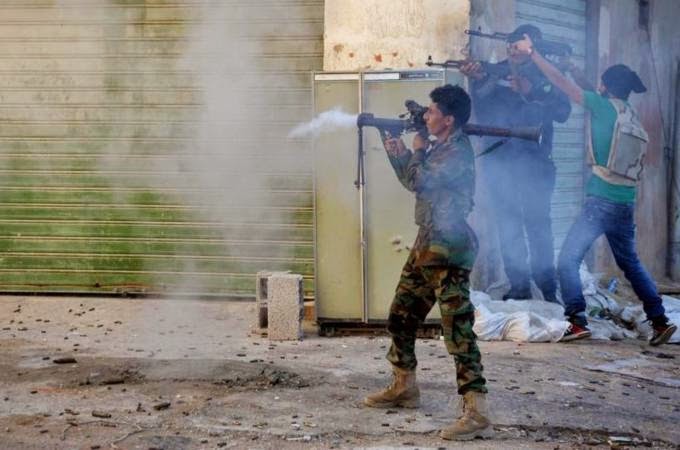 African leaders have urged the West to intervene in crisis-hit Libya and prevent instability from spreading across the Sahel and destabilising fragile regionial governments.

Regional leaders say West has obligation to help after toppling Muammar Gaddafi and leaving country to fend for itself.

Speaking at an African security summit in Senegal on Tuesday, leaders from Libya’s neighbours called on NATO to help stem the flow of weapons to armed groups in the region.

“The solution to the crisis that is shaking this country is not in African hands, but in the hands of the West, notably NATO,” Chadian President, Idriss Deby told the security forum in Dakar.

“Now Libya is fertile ground for terrorism and all sorts of criminals,” Deby said, adding that NATO had an obligation to finish what it started.

African states have accused the West of ignoring their concerns and say that once longtime leader Muammar Gaddafi was killed they left the country to fend for itself.

Libya has been embroiled in political infighting and violence, with two rival governments trying to fill the political void in the country.

“As long as we haven’t resolved the problem on southern Libya, there will be no peace on the region,” Mali’s President Ibrahim Boubacar Keita said.

Mali became one of the first collateral victims of the chaos that erupted following the toppling of Gaddafi, when armed groups, some with links to al-Qaeda and armed with weapons seized from Libyan government arsenals, overran the country’s north in 2012.

A French-led military intervention drove the groups out of cities and towns, but they mount regular attacks mainly on Malian soldiers and UN peacekeepers deployed to the country.

French Defence Minister Jean-Yves Le Drian, whose country has deployed some 3,200 troops in the Sahel to tackle armed groups, said the problems in southern Libya would not be settled until a solution was found for the political crisis.

Libya has slid into chaos after Gaddafi was overthrown and killed three years ago, as interim authorities failed to confront powerful militias which fought to oust the veteran leader.