You are here: Home / Senza categoria / Turkey to support Iraqi Forces in Mosul operation “Without freeing Mosul, we can’t say IS has been weakened” 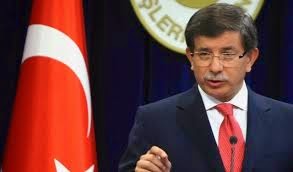 Turkish Prime Minister Ahmet Davutoglu says that without the liberation of Mosul, it cannot be claimed that Islamic State (IS) has been weakened.
Davutoglu met with Iraqi Vice President Osama al-Nujeifi and his delegates in Ankara on Wednesday.
He expressed his concern about the security situation in Iraq. He said that since IS insurgents took control of Mosul, it has changed from a mafia to something far more powerful and dangerous.
Davutoglu pledged to provide whatever aid Iraq and its army need to liberate Mosul from the grip of IS militants.
Turkey supports the formation of an inclusive, representative Iraqi army, which it would provide with military aid.
Vice President al-Nujeifi said that IS is not only a threat to Iraq, but to all countries in the region. He asked Turkey to support the Iraqi army with training and weapons.
On Wednesday, Turkey’s ambassador to Iraq, Farouq Qaimagja met Sayyid Ammar al-Hakim, head of the Islamic Supreme Council of Iraq in Baghdad.
Qaimagja said that IS militants have nothing in common with Islamic doctrine.
Source: BasNews