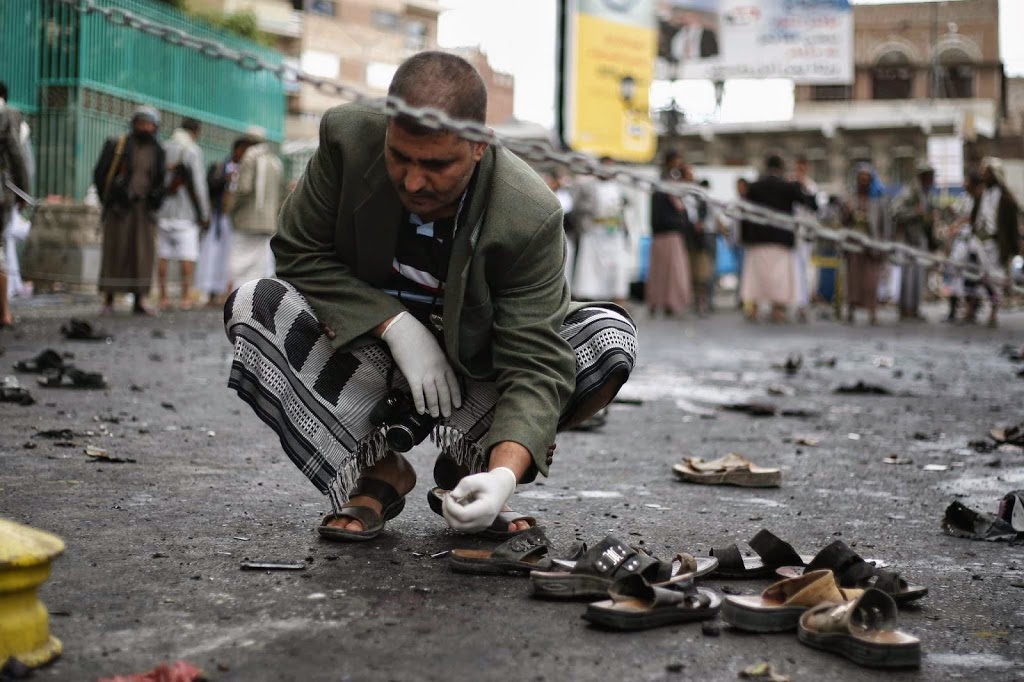 Three other suspected bombers were killed by members of a local security patrol before they were able to attack, the Houthi sources said.

“The bombs rocked the city. They were targeting a building that belonged to Houthi movement officials,” said a resident.

Yemen has been in turmoil since Houthi fighters captured the capital Sanaa in September and forced the government of Prime Minister Mohammed Basindwa to resign. A Houthi expansion south and west of the capital has led to clashes with Sunni tribesmen allied to Al Qaeda, with scores of casualties on both sides.

The Houthis sources said “takfiris”, a derogatory term for hardline Sunni Islamists who see Shi’ites as infidels, were behind Thursday’s attack.

A Twitter account belonging to Yemen’s Ansar Al-Sharia, a Sunni militant group affiliated to Al-Qaeda, claimed responsibility for the attack.

A medical source in the city told Reuters that seven people apart from the bombers were killed and at least 15 others were wounded. It was unclear how many of the casualties were from the Houthi movement.

Western powers are worried about the volatile situation in Yemen, which shares a long border with oil giant Saudi Arabia and is also fighting southern separatists rebels.