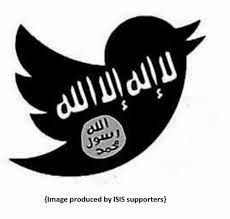 A number of accounts on social networking websites are spreading false information in an attempt to destabilize Saudi society.

Lt. Abdulaziz Alhowaireny, director general of Investigation, made these remarks at the opening speech of the two-day conference on “Security and Media” organized by the Naif Academy for National Security.

The academy works to identify and address security risks facing citizens, as well as bridging the gap between the media, society, and security institutions.

The security spokesman at the Interior Ministry, Maj. Gen. Mansour Al-Turki, urged media institutions to prioritize public interest over their own private interests, and contribute to spreading awareness on these matters.

Al-Turki said media coverage should be accurate and clear to all, noting that absolute media freedom does not exist in any country, as every newspaper is influenced by political orientations.

Abdel Moneim Al-Mushawah, head of Al-Sakina Campaign, said some accounts have been trying to divide Saudi society for the past 10 years, but have failed so far.

However, over 6,000 accounts on Twitter are trying to destabilize Saudi society, while another 4,000 accounts are re-tweeting their posts, Hussein Al-Qahtani, faculty member at Naif Academy, said during the conference.