You are here: Home / Senza categoria / IS said to execute 100 foreign fighters who wanted to quit 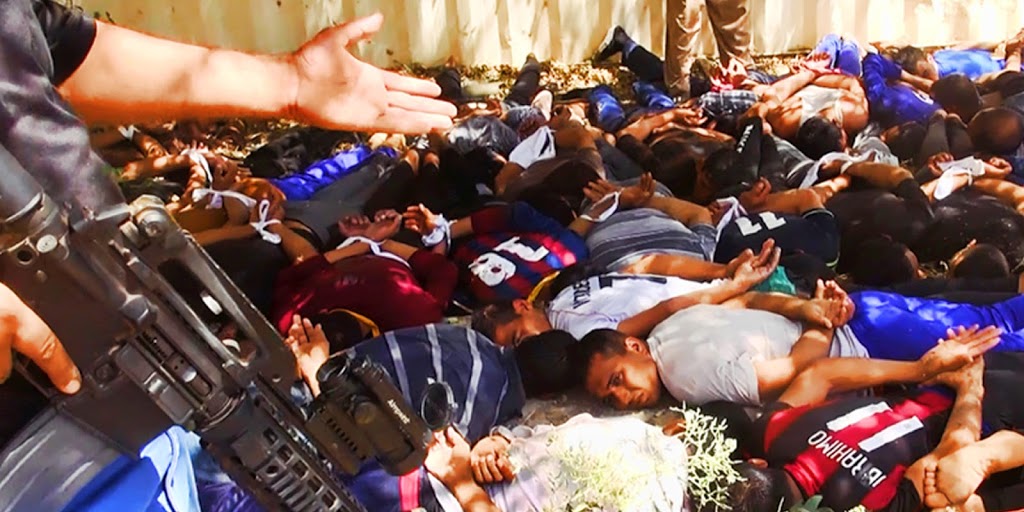 The Islamic State extremist group has executed 100 of its own foreign fighters who tried to flee their headquarters in the Syrian city of Raqqa, the Financial Times newspaper said Saturday.

An activist opposed to both IS and the regime of Syrian President Bashar Assad, who is well-known to the British business broadsheet, said he had “verified 100 executions” of foreign IS fighters trying to leave the jihadist group’s de facto capital.
IS fighters in Raqqa said the group has created a military police to clamp down on foreign fighters who do not report for duty. Dozens of homes have been raided and many jihadists have been arrested, the FT reported.
Some jihadists have become disillusioned with the realities of fighting in Syria, reports have said.
According to the British press in October, five Britons, three French, two Germans and two Belgians wanted to return home after complaining that they ended up fighting against other rebel groups rather than Assad’s regime. They were being held prisoner by IS.
In total, between 30 and 50 Britons want to return but fear they face jail, according to researchers at the International Centre for the Study of Radicalization at King’s College London, which had been contacted by one of the jihadists speaking on their behalf.
Since a US-led coalition began a campaign of airstrikes against IS in August, the extremist group has lost ground to local forces and seen the number of its fighters killed rise significantly.
There have been a string of apparent setbacks for IS in recent weeks.
Iraqi Kurds claimed Thursday to have broken a siege on a mountain where Yazidi civilians and fighters have long been trapped.
The Kurdish advances came during a two-day blitz in the Sinjar region involving 8,000 peshmerga fighters and some of the heaviest airstrikes since a US-led coalition started an air campaign four months ago.
Meanwhile Thursday, the Pentagon said several IS leaders had been killed in US airstrikes.
In 40 days across October and November, some 2,000 air raids killed more than 500 people, according to the Syrian Observatory for Human Rights, a Britain-based monitoring group, which relies on a network of sources on the ground.