You are here: Home / Senza categoria / Italian PM Matteo Renzi does not rule out military intervention in Libya 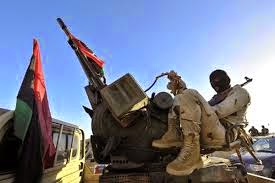 Italian Prime Minister Matteo Renzi said Saturday that he does not rule out the possibility of military intervention in Libya under an international framework in case of failure of the ongoing diplomatic efforts.

Renzi, in a press statement, said that his country is not far from ongoing tensions in Libya due to the two countries close geographical distance, noting that his government will do whatever necessary for Italy’s security.

He also mentioned the increasing number of illegal Libyan immigrants to his country, 150,000 so far, pose a threat to its security, affirming his government’s pledge to deal with the situation if diplomatic efforts fail in Libya.

Italy cannot ignore developments of the situations in Libya, Renzi said, noting his country’s responsibility in taking part in the peace process in Libya in accordance with UN resolutions.