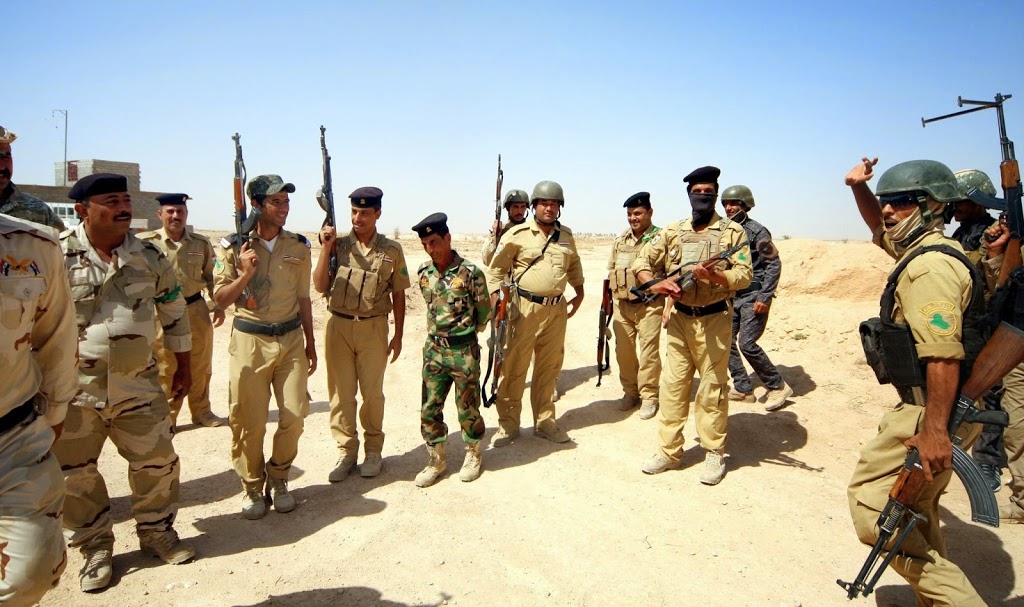 Iraqi army, police and tribal forces have succeeded in liberating a town in Iraq’s western Anbar province from the Islamic State of Iraq and Syria (ISIS), where the group has a strong presence, on Sunday.

In a statement, a government spokesman said “dozens” of fighters from the extremist organization had been killed in the operation to take back the town of Al-Wafa, which lies some 20 miles (32 kilometers) west of the provincial capital Ramadi.

ISIS seized the town on December 13, also taking control of a major highway connected to it. An official from Al-Wafa said this highway had also been retaken as part of the operation.

Speaking to Asharq Al-Awsat, Faris Ibrahim, a senior member of an Anbar tribal coalition fighting the extremist group, said the town had been seized by the group due to “its strategic location lying on a major highway.”

ISIS was also determined to capture the town because of a previous defeat, he added, despite its strength in Anbar, which has allowed it to keep control for two of the largest cities in the province, Fallaujah and Ramadi, since January.

He said that compared to ISIS, local tribal fighters had been poorly equipped, and that it would be necessary for the Iraqi government to arm them if pro-government forces were to keep control of the town.
ISIS fighters stationed in the district were “fiercer than those fighting for the group in other areas, which has helped them have a presence in the province for such a long time,” Ibrahim added.

The province of Anbar is also home to the Ain Al-Assad airbase, where a number of US military advisors are currently stationed.

Ibrahim, however, ruled out the possibility ISIS would attempt to attack the base itself, but said fighting around the base had been “fierce” and that anti-ISIS coalition airstrikes had been few and far between.
“Things are not totally awful here, but they are not rosy, either,” he added.

Meanwhile, fighters from ISIS attacked the city of Haditha 150 miles (240 kilometers) northwest of Baghdad, and the nearby town of Al-Baghdadi—both in Anbar province—at dawn on Sunday but were blocked by government and local tribal forces stationed in the area.

Mallallah Barzan Al-Obaidi, head of a coalition of tribesmen fighting the group in Al-Baghdadi, told Asharq Al-Awsat that ISIS had used tanks and Humvees captured from the Iraqi army during the attack but had been successfully repelled by the tribal forces, along with help from coalition airstrikes, members of Anbar’s Albunimr tribe, and members of the Hit police force.

Despite being fought off, ISIS fighters have dug in on the outskirts of Haditha, Obaidi added, thanks to their control of the nearby town of Hit.