You are here: Home / Africa / Year-end: Rise of ISIS in 2014, new target for US’s counter-terrorism strategies 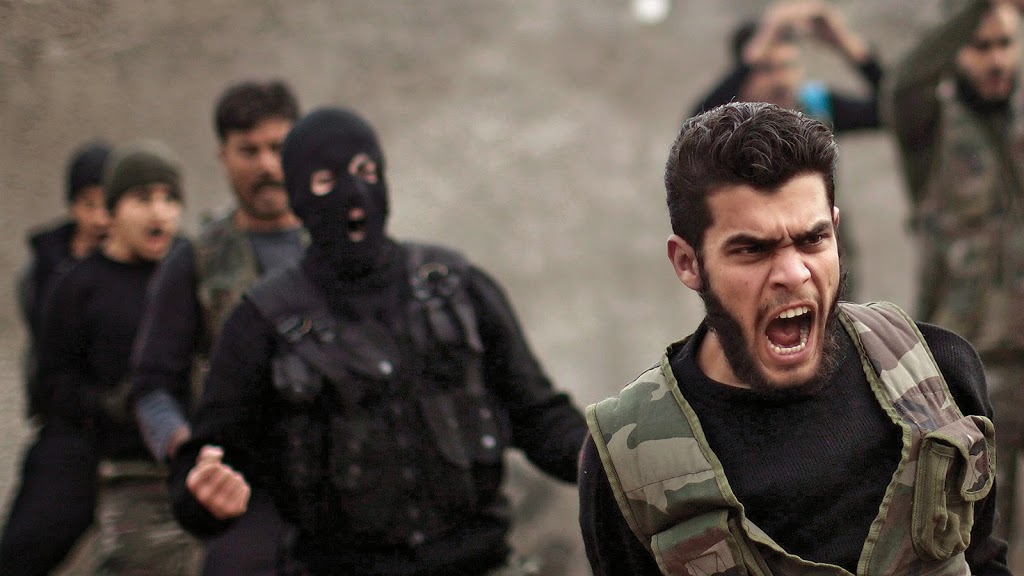 The fundamental goal of the US strikes on the Islamic State of Iraq and Syria (ISIS) is to control the turbulent situation in the Middle East. Since 2011, the US has implemented strategies to fight against terrorism, and ISIS in particular, based upon the following factors:

Changes in regional situations and in the US leadership in the region
For the purpose of stabilizing and controlling the regional situation while attacking any disobedient regime and consolidating its leadership, the US — with the help of anti-government forces — overturned the Gaddafi regime in Libya and Assad regime in Syria, and exerted pressure on the disobedient Maliki government in Iraq.

Containing the influence of other powers in the region
The US has been maintaining “controllable chaos” in West Asia and North Africa since the turbulence increased in the regions. It encourages public protests in some countries to weaken the authority of the governments but maintains the ability to “control” opposition forces and political situations at critical moments.

It allows terrorists and other criminal forces to participate in anti-government activities to create political chaos and terror, but maintains the ability to strike against terrorism wherever and whenever it sees fit.
The US has been trying to create in the region “chaos” that can only be controlled by itself and conforms to its interests, such as establishing pro-US regimes, so as to expel or contain the influence of other powers in the region and use West Asia and North Africa as pivot points to maintain its global hegemony.
Since turmoil intensified in those regions in 2011, the US has taken three major measures to counter terrorism, which have been adjusted and applied in the strikes against ISIS.

Drone attacks and airstrikes
The US uses drones to strike terrorists, especially those in Yemen and Somalia, and has killed some key leaders of the terrorist groups. And the US has used drone attacks and airstrikes against ISIS.
The US highlighted airstrikes while announcing its strategy to fight against ISIS on September 11, 2014. Compared with drone attacks, airstrikes have greater scope, intensity and frequency. Both rely on the advantages of the US in technology and air dominance, with which the US can avoid casualties while striking against terrorists.

Supporting the local ground forces to counter terrorism
Since withdrawing troops from Iraq in 2011, the US has supported local and international forces to strike against terrorists there; it supports Yemen’s Hadi to crack down on terrorist activities; it supports Uganda, Kenya and Ethiopia to dispatch troops to expel the Somali Youth League; it also supports Algeria to play an important role in the regional fight against terrorism.

In October 2012 and April 2014, the US Secretary of State visited Algeria to discuss international cooperation on counter-terrorism in the region.
For the strategy against ISIS, the US focuses on maintaining the stability of the Iraqi government, training the anti-government forces of Syria and assisting the Kurdish forces to strike against ISIS on the ground.

Motivating the international counter-terrorism force
The US relies on the UN to impose sanctions on terrorist groups and depends on its allies to carry out airstrikes and ground activities.
It promotes a “peaceful” transition in Yemen through the UN to strengthen the counter-terrorism capability of the Yemeni government, and with the help of the UN, it propels the forces from African countries to strike against terrorism in Somalia.

For strikes against ISIS, the US draws NATO, Saudi Arabia and Turkey to carry out airstrikes, and actively urges its allies to cut the fund chain of ISIS.
Compared with the Afghan War, launched in October 2001, and the Iraq War in March 2003, the US counter-terrorism measures, since 2011, have revealed different characteristics.